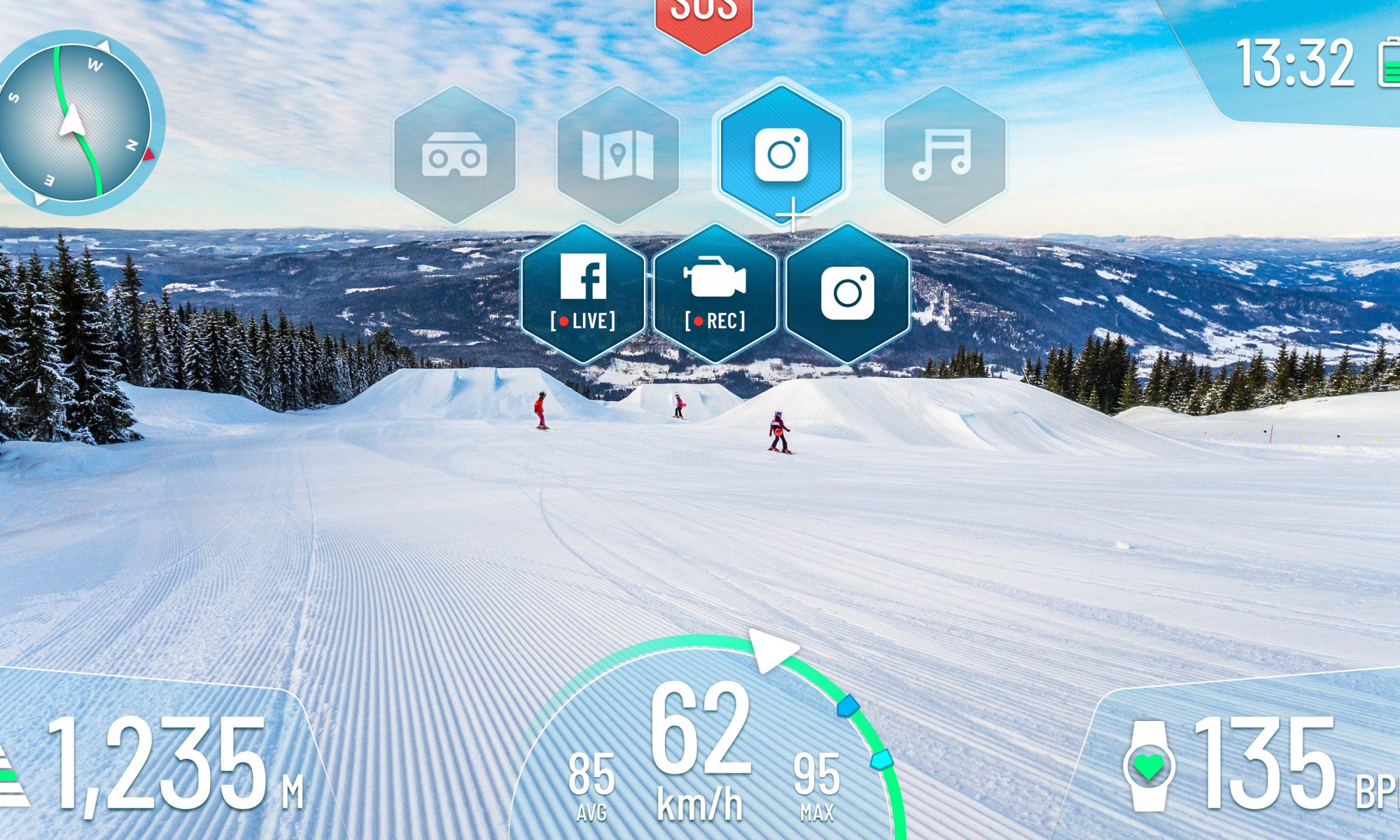 A glance into the future:  First ski and snowboard helmet with Augmented Reality is being tested in Schladming-Dachstein

– The new “Mohawk” helmet is equipped with a miniature camera, a headset, GPS and a navigation system

– Various stats can be called up on the visor and the helmet enables live communication with friends via test messaging, audio and video

– Free trial for skiers and snowboarders in Schladming Planai resort

Ski helmets too are becoming “smart”. In a worldwide exclusive, visitors to the Austrian holiday region of Schladming-Dachstein are currently being offered the opportunity of trying out the ski and snowboard helmet “Mohawk”, which is equipped with the latest Augmented Reality (AR) technology. A built-in miniature camera scans the surroundings on the piste, and on the visor the user can call up various visual data such as speed, altitude and a navigation system. Built-in headphones and a microphone enable live communication with friends by text messaging, audio or video. Particularly useful: an SOS button that may save your life in an emergency situation.

You will find all the details online at www.schladming-dachstein.at/mohawk

“Schladming-Dachstein has been renowned as a digital pioneer for some time because we began to conduct digital projects at an early stage. We were the first with WLAN coverage throughout the area and a virtual 360-degree scenic flight across the entire region,” says Mathias Schattleitner, MD of the local resort management company. “The globally first digital ski instructor CARV also had its premiere here. We are now launching a highly innovative project involving the AR helmet ‘Mohawk’, and we hope that we shall contribute to its success.”

The “Mohawk” is being developed by the Israeli start-up RideOn. Its founder and CEO is former F16 fighter pilot Alon Getz, who was already using AR technology in pilot helmets during his flying sorties and was involved in their development. Getz now wants to put the experiences he made with AR in the F16 cockpit to good use on the ski slopes as well. The Schladming Planai resort is an ideal location for him to obtain extensive feedback for his product. Interested skiers and snowboarders can currently borrow the helmet from the Intersport Planai shop either for half an hour for free or for the whole day from 20 euros, a brief training session included. The official market launch of the “Mohawk” is planned for next year.

For further details and to reserve the test helmet go to: www.getmohawk.com

The most important features of the new AR helmet “Mohawk” at a glance:

Featured Image: On the visor of the Mohawk helmet, the user can call up various visual data such as speed, altitude and a navigation system. A glance into the future: First ski and snowboard helmet with Augmented Reality is being tested in Schladming-Dachstein.

One Reply to “A glance into the future: First ski and snowboard helmet with Augmented Reality is being tested in Schladming-Dachstein”