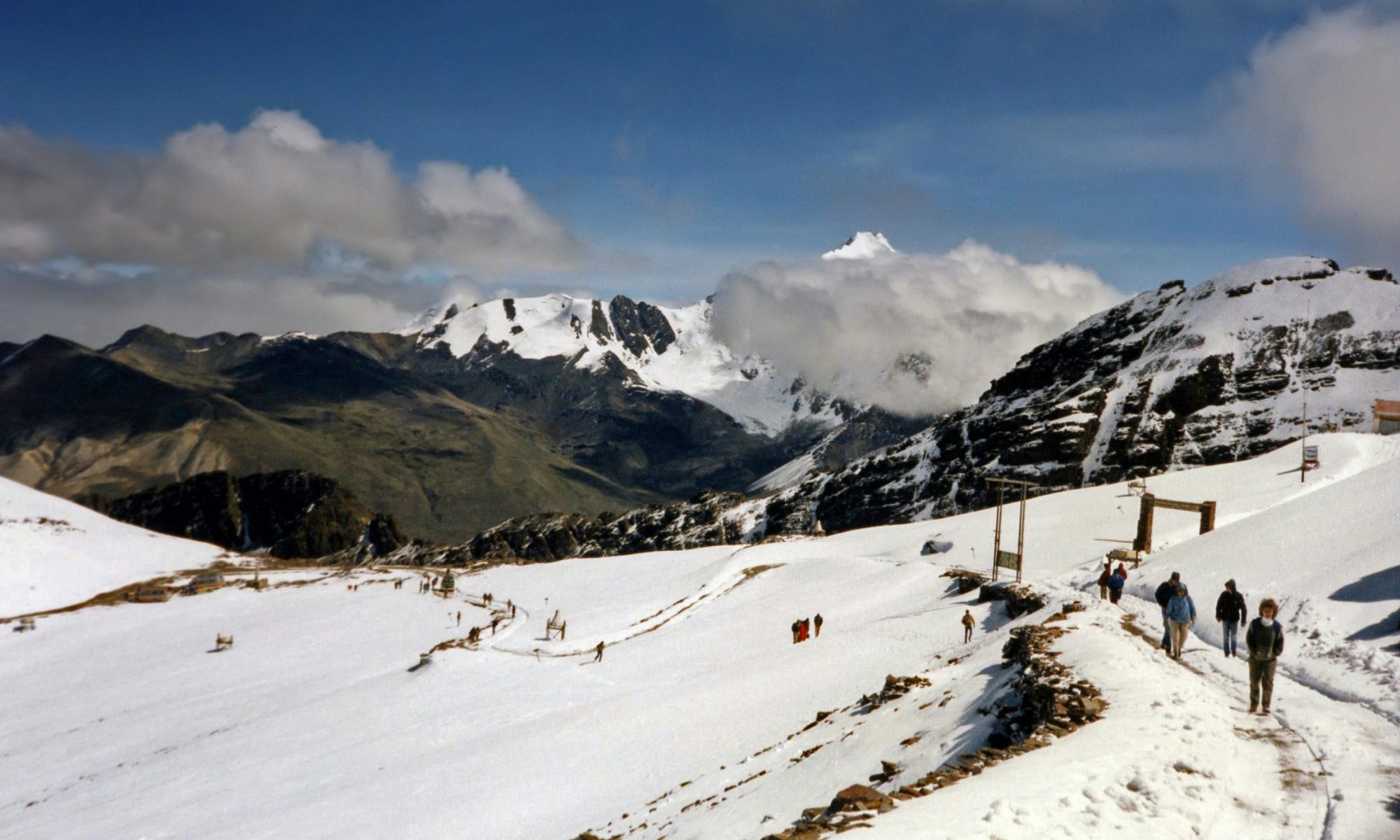 Chacaltaya Ski Resort is not Operating due to the Retreat of a 18,000-year-old glacier.

Chacaltaya, the world’s highest ski resort in Bolivia, has been deserted after its 18,000-year-old glacier has melted away.

The resort opened in the late 1930s and the season used to last between seven or eight months per year. Visitors came to ski and sledge down the Chacaltaya Glacier until the cold and the altitude made them return to lower elevations.

At 17,519 feet (5,340 m) above sea level, Chacaltaya Ski Resort was not for the heart fainted! The altitude is higher than the North Base Camp of Mount Everest. The restaurant is still recognised as the highest mountain in the world by the Guinness Records.

By the 1990s, scientists from the Mount Chacaltaya Laboratory made some predictions about the glacier being melted by 2015. But they were optimistic, as by 2009, the glacier was completely gone!

When this happened, skiers stopped coming and the resort was abandoned, and lifts shut down. Now it looks like a ghost town.

Today the only near- permanent residents are brothers Adolfo and Samuel Mendoza, who have worked at the resort for decades and who remember how it was when the resort had lots of snow. They look after the ‘refugio’ (refuge) where they serve still a hot meal to passers-by (hence as why the Guinness’ record still persists!)

Even it sometimes snows, only a few tourists come here but they don’t come for the skiing. They do so to have the amazing views from the top of Huayna Potosi, La Paz and El Alto – even though the cities are best seen at night.

I have a Bolivian friend from university, and I think it was her telling me when we were younger, that the piste (trail) going next to the restaurant was extremely steep, and people were not able to stop by the restaurant as it was icy as well; so you could sit at the restaurant and have a great time just seeing all the crashes outside. I was told that ages ago (bear that I’ve heard this story when I was 20 and I will be 50 this year), and I was told as well  that you used to have to put a chain on your waist and the chain had a hook which you used to catch the pole of the surface lift, in order to go up, so riding the lift up was extremely difficult! It makes the Va-et-Vient of Ski Portillo look like a piece of cake!

If this is true or not, I don’t know, but I’ve loved to hear this story and I can still picture it in my head!

The Cholitas climbers from Bolivia have gone to the Aconcagua, and now are attempting Everest.

While one resort disappears, there might be a new resort in the Andes, near the area of Malargue (home of Las Leñas).

We have started with a series of Gear Reviews by ski pro Chino Martinez. Read the first one on Men Skis  here.