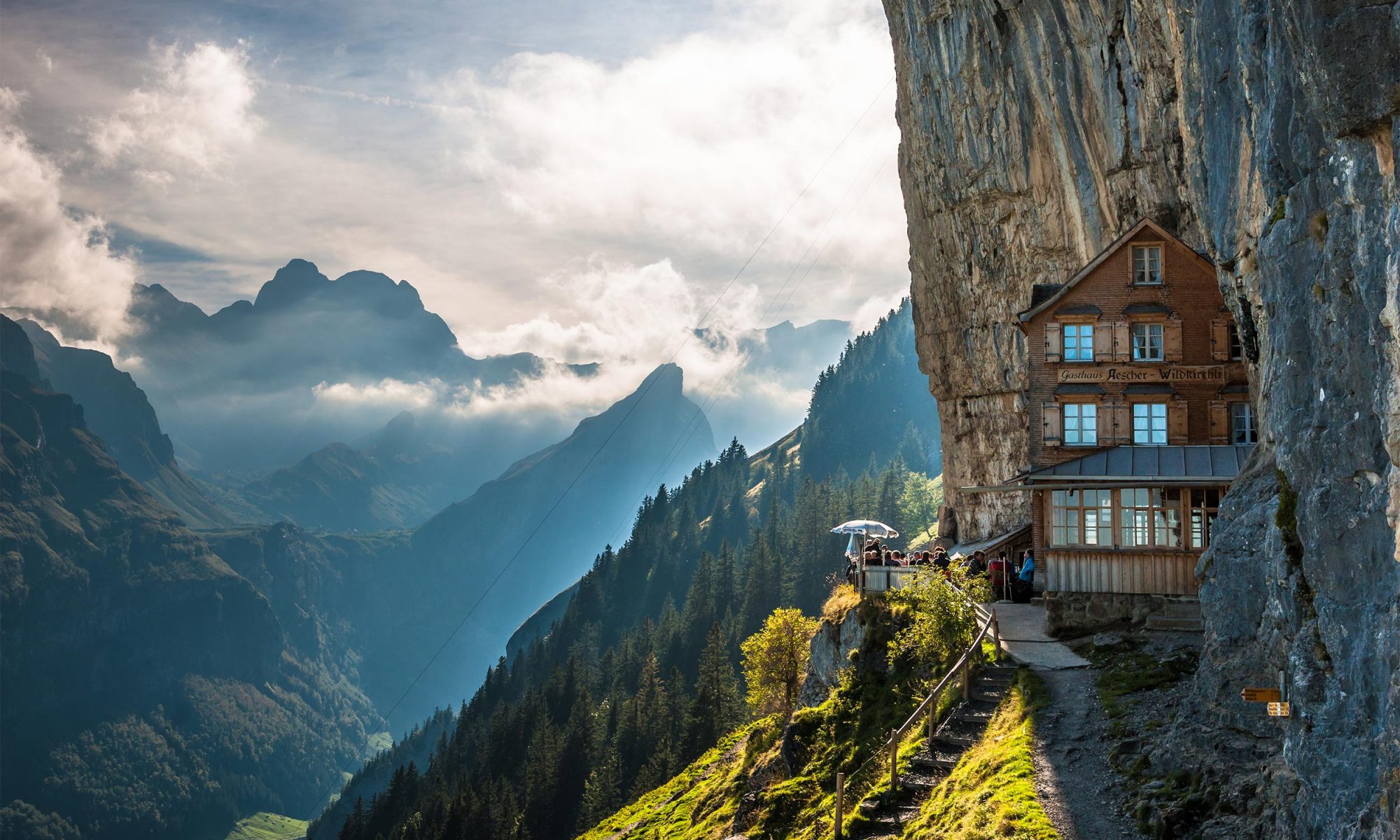 This summer the Äscher mountain restaurant had a weather delay that did not allow it to open in time. This restaurant is a bucket list place to go – nested by a cliff. One of the hiking routes up to the restaurant via the Blättli and Alp Bommen, are still closed due to high avalanche risk.

There are other paths to reach the restaurant that are still covered with snow. You should get the latest route information before venturing to the restaurant.

The restaurant is now under new management, because the people taking care of it until last year decided to cease their work there as the hotel had become victim of its own success, not being able to cope with soaring visitors’ numbers.

The hotel is an Instagram sensation, and you can see by watching the pictures why. But it also got very well-known thanks to be named one of the world’s five most

The Äscher came to prominence in 2014 when it was named one of the five most interesting restaurants in the world in the Huffington Post.

Also, National Geographic featured it in the “Destinations of a Lifetime’ special. To reach the restaurant, you need to take a cable car and a short walk from Wasserauen in the canton of Appenzell Innerrhoden.

The foundation that owns the restaurant said last year that they were working on improving the establishment.