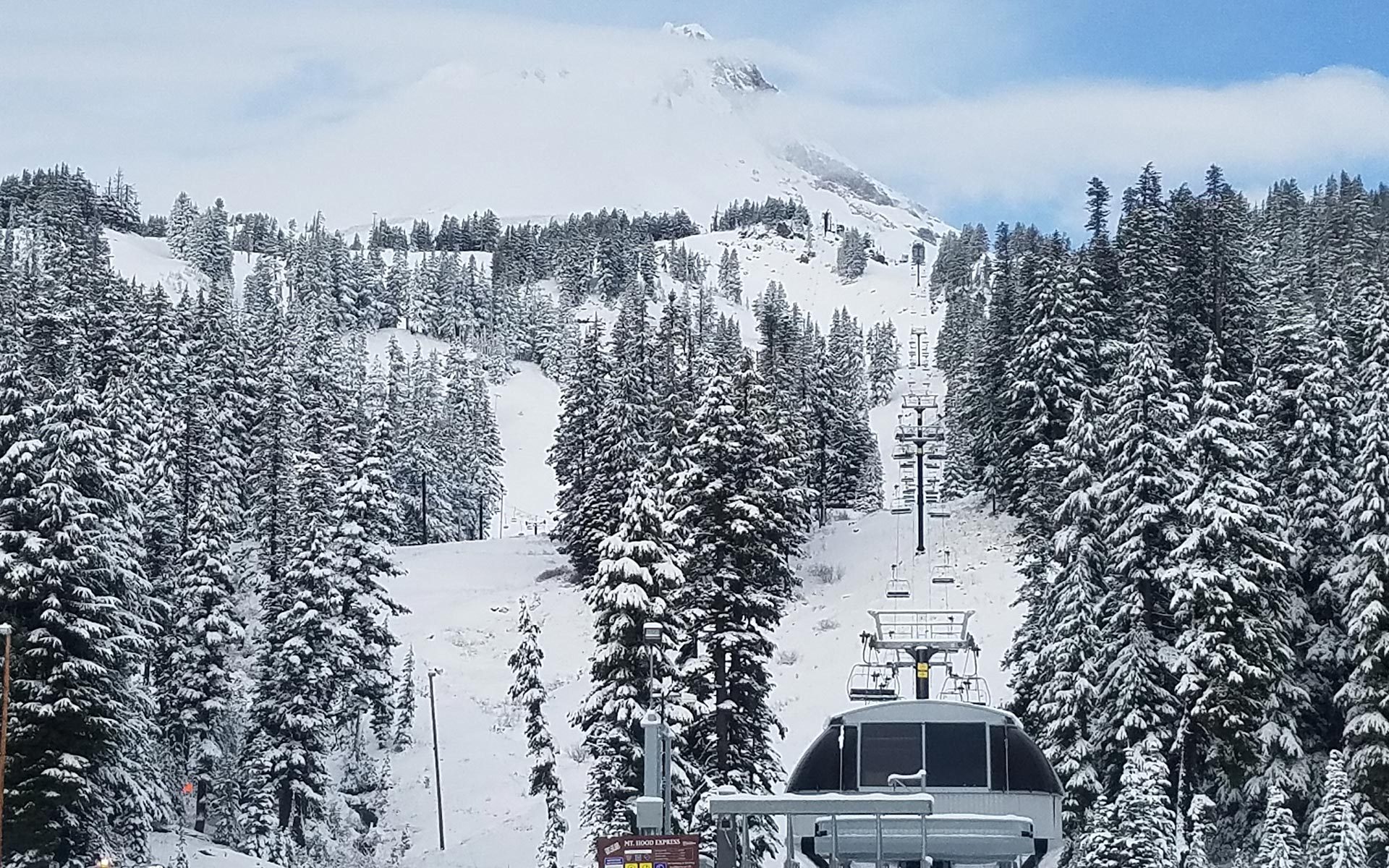 As per the Oregonian, Mt Hood Meadows had to evacuate lots of skiers off a chairlift Wednesday after a power problem made the resort shut the lift.

Dave Tragethon, spokesman for Meadows said that ‘power fluctuations’ on the resort’s Blue chairlift made them switch to auxiliary power which was not enough to move the occupied lift. They then went to decide that the safest option was to evacuate the lift.

The lift was pretty full, with more than 150 people on board, as per what Tragethon said. It took 2 hours and 20 minutes from the closing of the lift until the last passenger was safely evacuated. No one was hurt, Tragethon said.

This was Meadows first powder day of the season. There were 10 inches of new snow accumulated after two inches of rain fell on Tuesday night.

Tragethon said it was routine for the resort to use auxiliary power during storms in which the workers expect there would be power interruptions. He credited skiers, ski patrollers and Meadows workers for Wednesday’s safe evacuation.

It is a routine in all resorts for patrol to practice safe evacuation from lifts and resorts are always prepared for this eventuality.

Mt Hood Meadows video of snow prior to opening the season.

The-Ski-Guru TRAVEL can organise your bespoke ski trip to the Americas, Alps or Japan, including for those going from Britain to Europe, booking your Eurotunnel trip, and for all trips: lodging, lift tickets, rentals, ski school, and all you need for an excellent vacation. Go to https://www.the-ski-guru.com/travel and upload your information – this page will be updated soon with more travel ideas.

You can also read what’s new at Les Trois Vallées and the last article on what is new at the Tirol ski areas,  in La Plagne, in 3 Zinnen Dolomites ,  in Adelboden, Lenk and Kandertal, in Gstaad, in Chamonix,  in Georgia’s Gudauri Resort and in the Skicircus Saalbach Hinterglemm Leogang Fieberbrunn. And how the US Ski Team has chosen Alpe Cimbra to train for the following four ski seasons as their European home. And Saalbach is getting ready for the Ski World Cup. Here is the link to our post on the My Voucher Codes ranking of best European Ski Resorts.

Also, you can read how Grandvalira will be staying together as one lift ticket company and how they are adding Ordino Arcalis to  this offer. And also read how someone tried to sabotage some lifts in Vallnord’s Pal Arinsal. And as if it is starting to be a trend, there were two lifts sabotaged in Passo Rolle, in Val di Fiemme, Trentino.   Or read about the latest investments in Whistler Blackcomb. Or see how Taos is going against the industry trend, and instead of merging with the two biggest oligopolies in skiing at the moment, it goes and buys an airline to get more bums in resort. Or how Jackson Hole is appealing to families and beginners – it is not only a resort for expert skiers anymore. Another great area for families is Stubaital in the Tirol. Courmayeur is opening this season two new trails, one that is 70% steep – not for the faint-hearted! Or read how a group of experienced industry insiders got together to purchase Tamarack Resort. And how Peak Resorts finalised the acquisition of the resorts of Snow Time.

Sierra Nevada has opened a couple of weekends ago with the best snow base ever in its history. The Sun Up and Sun Down Back Bowls from Vail have opened as well, being the third time in this decade that they could open so early. Same case was for Aspen Highlands, that opened the earliest ever because of the snow – Aspen Snowmass got 20 inches of snow during the last week. Grandvalira and Ordino Arcalis in Andorra have also opened. And the best US Ski Resort for the sixth year in the row as per the World Ski Awards, Deer Valley, is opening this weekend.  Also read how one employee of Aspen Ski Co got caught in an avalanche but got out unscathed while scouting terrain for the Aspen Mountain Powder Tours. Or how the a gondola of the new American Eagle lift from Copper Mountain crashed into the snow in a trial run. The resort confirmed that the chondola will be fixed before it’s opening day. Plus this week, some gondolas got tangled in Hochzillertal. And there was a gas explosion at the Grand Hotel Zermatterhof that injured six, before its opening date.