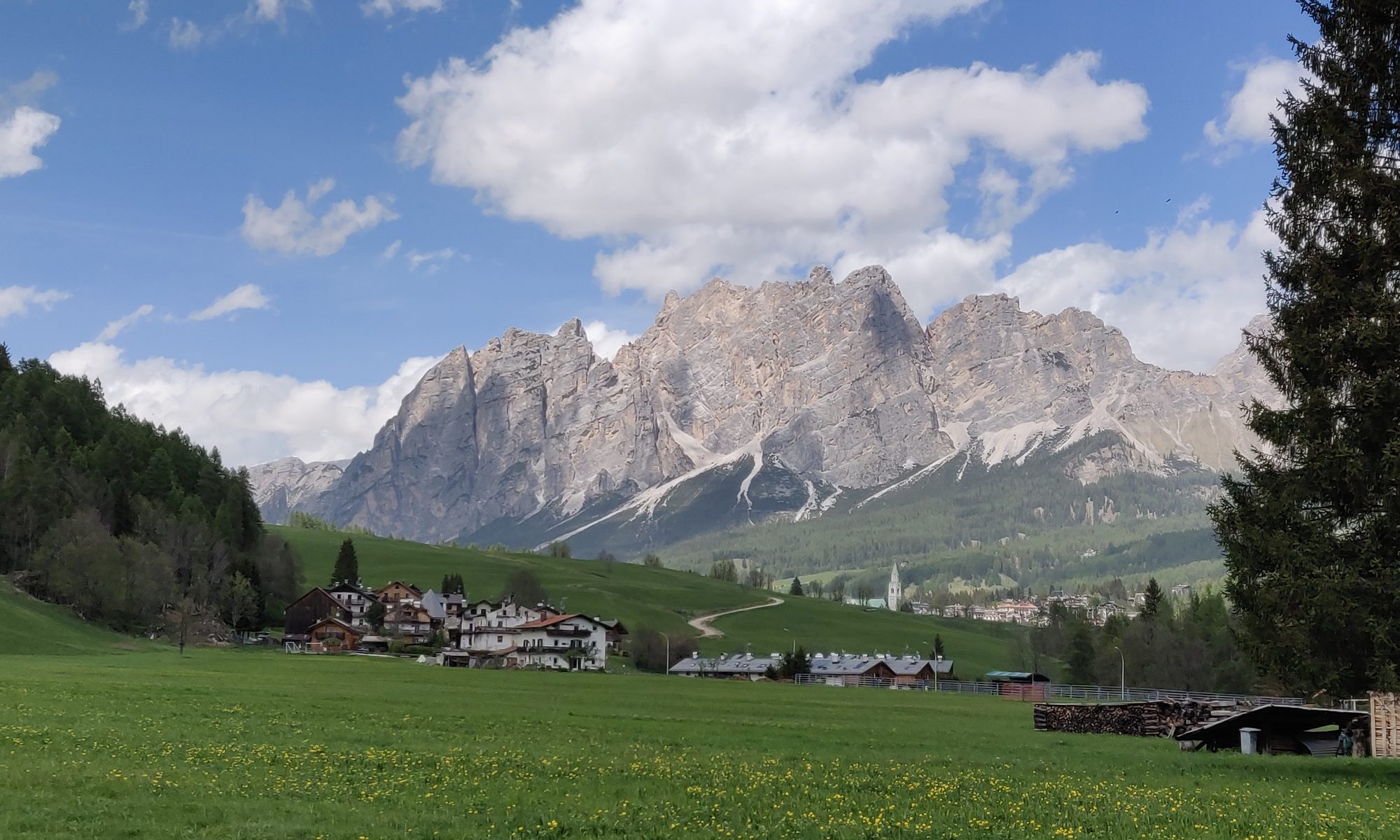 If you like trekking in the mountains, you would love to do this ultra-trekking. The Cortina Dolomiti Ultra Trekking. What does it entail?
All in all, 132 km and more than 6,700 vertical drop. The Cortina Dolomiti Ultra Trekking is a trek of 7 days/6 nights. You stay in mountain lodges and traditional malga mountain huts. This is a great way to see the Dolomites and taste their amazing local produce.

Cortina Marketing and the Guide Alpine Cortina have put this trekking together. The Tourism Board of Cortina d’Ampezzo also participated. This project enjoys the patronage of the UNESCO Dolomites Foundation.
The idea of this trek is to find some hidden locations around Cortina. You will experience the Dolomites, going from hut to hut, amongst forests, rivers and lakes. You will be able to see malga mountain huts, and traditional Ladin villages. And the peaks! Peaks here are amazing! The Enrosadira is an effect that make you see the mountains with pink hues in the alpenglow. This is due to the large quantities of calcium and magnesium carbonates in the Dolomites.
You can see the details of this ultra trekking with a 3d map at the official website of Cortina d’Ampezzo.

Starting point: Piazza Angelo Dibona, at the foot of the Cortina bell tower. Follow Via del Castello (which starts at the end of the pedestrian road). Go on till you reach the intersection with the road leading to the hamlet Cadin on the left of the state road. After crossing the state road, go uphill towards Cadin. Pass the Village’s church and reach the end of the village of Cadin di Sopra. There take the CAI track number 410, which leads to Lago Ghedina.
You need to have refreshments/water with you, as there will be nowhere to get anything for about 3 or 4 hours.
Take track number 409 till you reach Posporcora Pass. Then go downhill on track number 408. Keep on until you reach the intersection with track number 417 to Pian da Ra Spines. You have to go on until San’t Uberto car park. From there you take the path leading to the cycle path that brings you to Rifugio Ospitale. This was a welcoming venue that once hosted the pilgrims on the way to Santiago di Compostela.
Then continue for about 7 km, with a total ascent of 700 m, on track n° 203, along the Padeon valley. Spend the night at the mountain lodge Rifugio Son Forca, on mount Cristallo.

The second day starts at the mountain lodge Rifugio Son Forca: follow track  203 to the Tre Croci Pass. Cross the state road on the pass and follow track 215. Keep on going until you reach the beautiful Lake Sorapis and the Rifugio Vandelli. Here there is an exposed road on places, so be careful. Once there you can either spend the night at Rifugio Vandelli or carry on. You can go towards Federavecchia on track 217, through the enchanting Somadida forest. Once in Federavechia, cross the road and take track 120. This will bring you to the Rifugio Città di Capri, where you can stay overnight.

END_OF_DOCUMENT_TOKEN_TO_BE_REPLACED 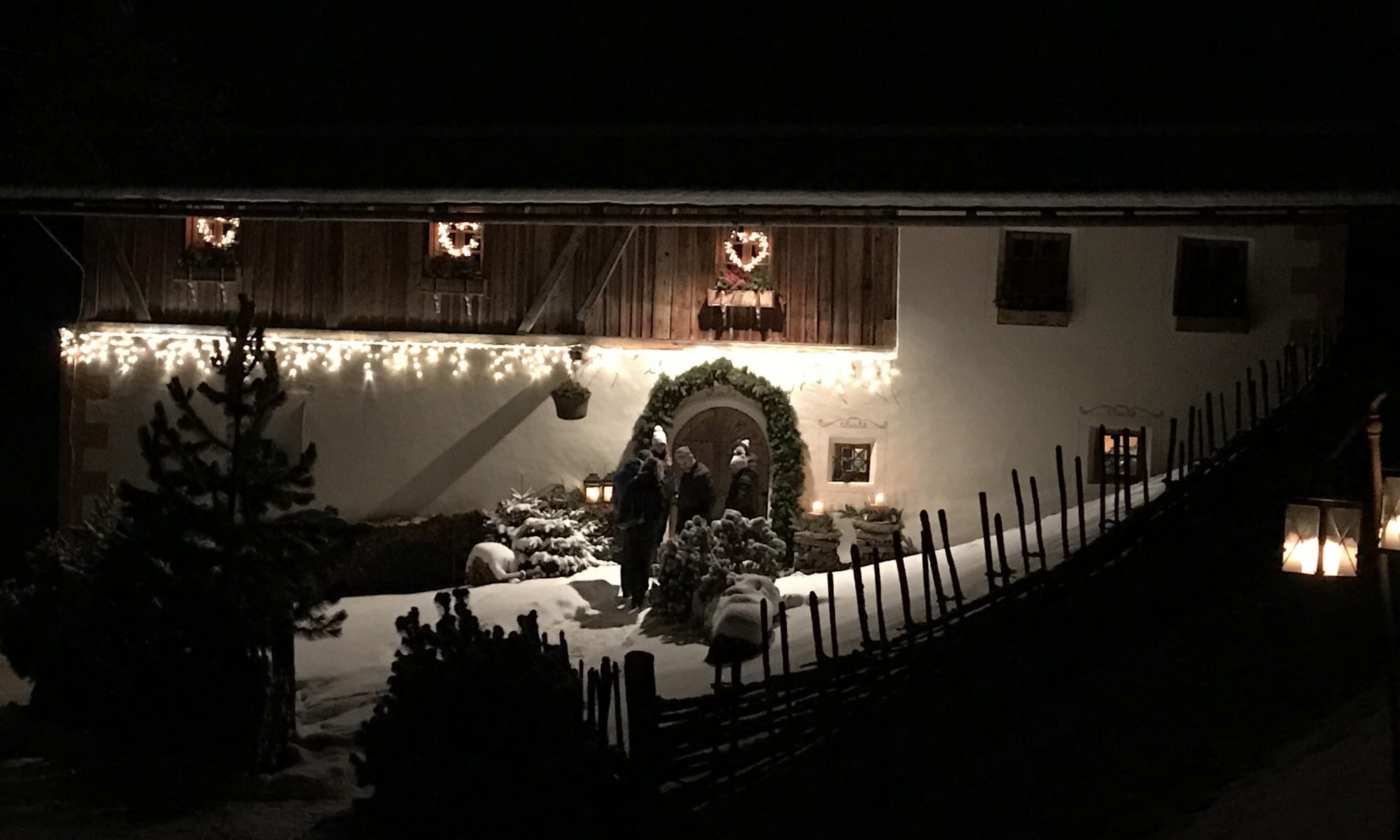 This past long weekend I was lucky enough to visit Sudtirol and four of its resorts: Kronplatz, Alta Badia, Val Gardena and Alpe di Siusi. It was a bit like a marathon, or a ski-safari, with a chance to see a bit of all the things Sudtirol has to offer.

The first night we were there, we went out of town of Brunico, into the mountains, to visit the San Lorenzo Mountain Lodge.

This specific lodge of the  San Lorenzo Mountain Lodges, called White Deer, is one of the three properties of Stefano and Georgia Barbini. It is located high up the mountain, in the Val Pusteria, over the towns of Brunico and S. Lorenzo di Sebato and near the big mountain that looks like a Panetone punched in the middle that is Kronplatz ski resort (or Plan de Corones, as is called in Italian).

The house is an old lodge that has been refurbished in an authentic way, with four bedrooms, three doubles and one bunk bed rooms for 4 – all lovingly decorated with lots of beautiful details. The front of the house is as it used to be when it was built in the 1600.