Will we ski this December?

It is almost mid-November and we are stuck in the lockdown 2.0. Many of us are thinking if we will ski this December. What is going to happen? Who knows? The reality is that we are all locked in- to be honest, this is not too much of a lockdown, so for me, at least, is not so bad. I do feel bad for those with shops, gyms, pools that have to close down. And for the restaurants, bars and cafes that can only sell take away.
I myself have not been going to much to any bar or restaurant inside since March. I did go twice in the summer in Morgex, to my beloved La Locanda. But we’ve eaten outside once, and once inside because the weather was foul. But there was no virus going around Valle d’Aosta at that time and it felt safe. And this lockdown gave me time to fall in love with cooking all over again. And planting, and drawing more. But I do go and get coffees from my local shops and sausages for my dog Ozzy!

Now, as kids go to school, and work is picking up (slowly), I cook what I need only. So this is lockdown without the plus of waking up whenever your body tells you to do so! It is ok, there will be light at the end of the tunnel. I am only very sorry of the quantity of people missing dear ones to this pandemic. We become untouched with the reality hearing like about 400 people died today of Covid. It is awful if you think about it. I guess is that your brain tries to protect you of the terrible news to keep going on.

Dreaming of skiing and white Christmas. Will we ski this December?

Right now, I am thinking a lot about our trip in December to the mountains. We have already given up to our October half term drive to Morgex due to many factors. From the testing in the UK (that was aprox £600 more), and then the coming and quarantining for two weeks. I would have done it, but the boys would not be able to go to school and who knows how the schools react…. (being Argentine I don’t see it how people in the UK sees it…for me there is no better experience than travelling). So we’ve missed the autumn colours in the Aosta Valley. At least I could see them online thanks to the many accounts I follow on social media. Next year, is what I have to remind myself, I will be there.

END_OF_DOCUMENT_TOKEN_TO_BE_REPLACED 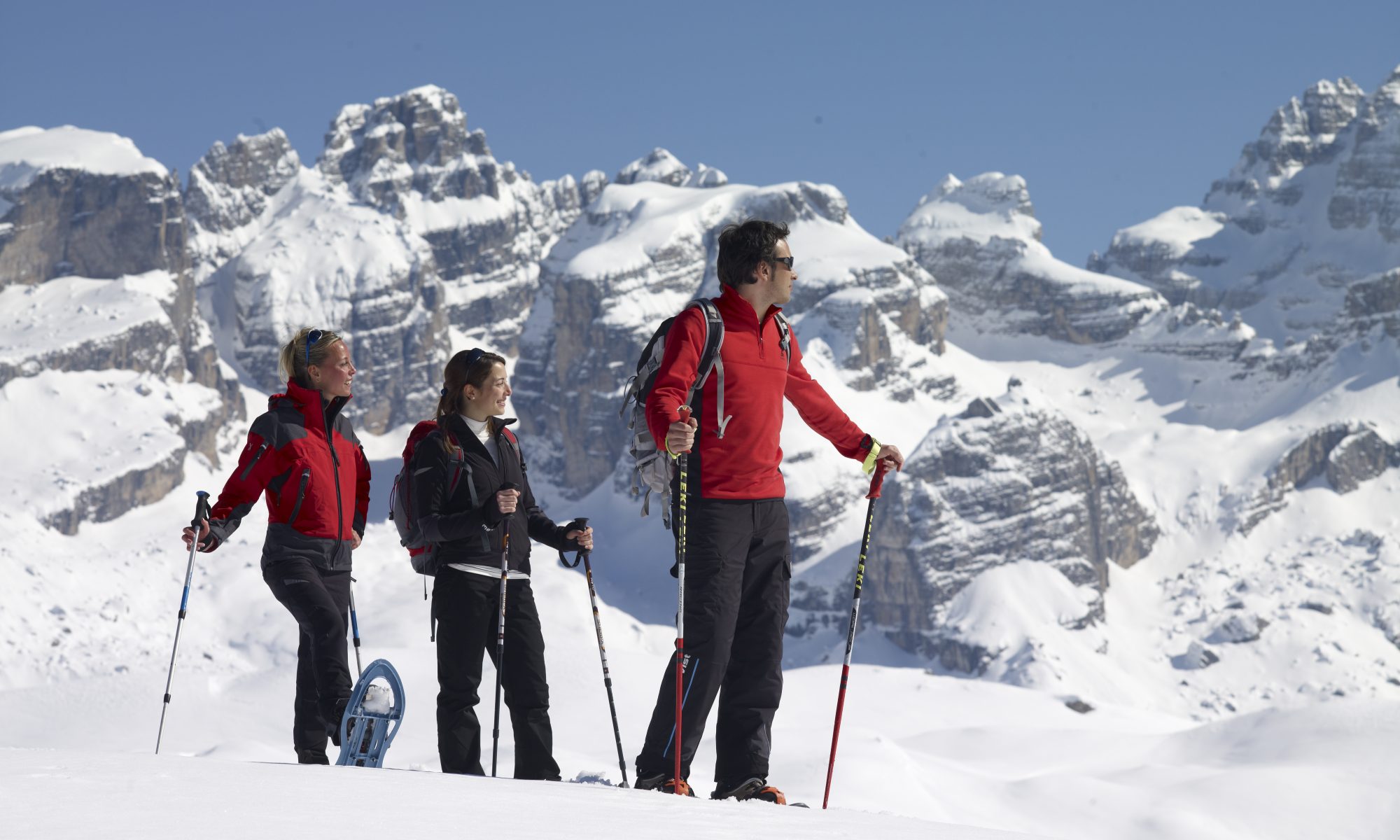 The Ski Area Campiglio Dolomiti di Brenta is opening its 2019/20 ski season. News of the resort.

Madonna di Campiglio will open on the weekends of November 16 and 17, and November 23-24 thanks to its abundant snowfall. There are 40 cm of snow in the village and 80 cm at altitude. The Grosté area will open these two weekends, with the entire area will be available on November 30th. Pinzolo, Folgarida and Marilleva will open on December 5th with all the connections between the areas.

The lift companies are working now grooming and preparing the 150 km of slopes.

The rates of the ski passes for this opening weekend are as follow:

END_OF_DOCUMENT_TOKEN_TO_BE_REPLACED 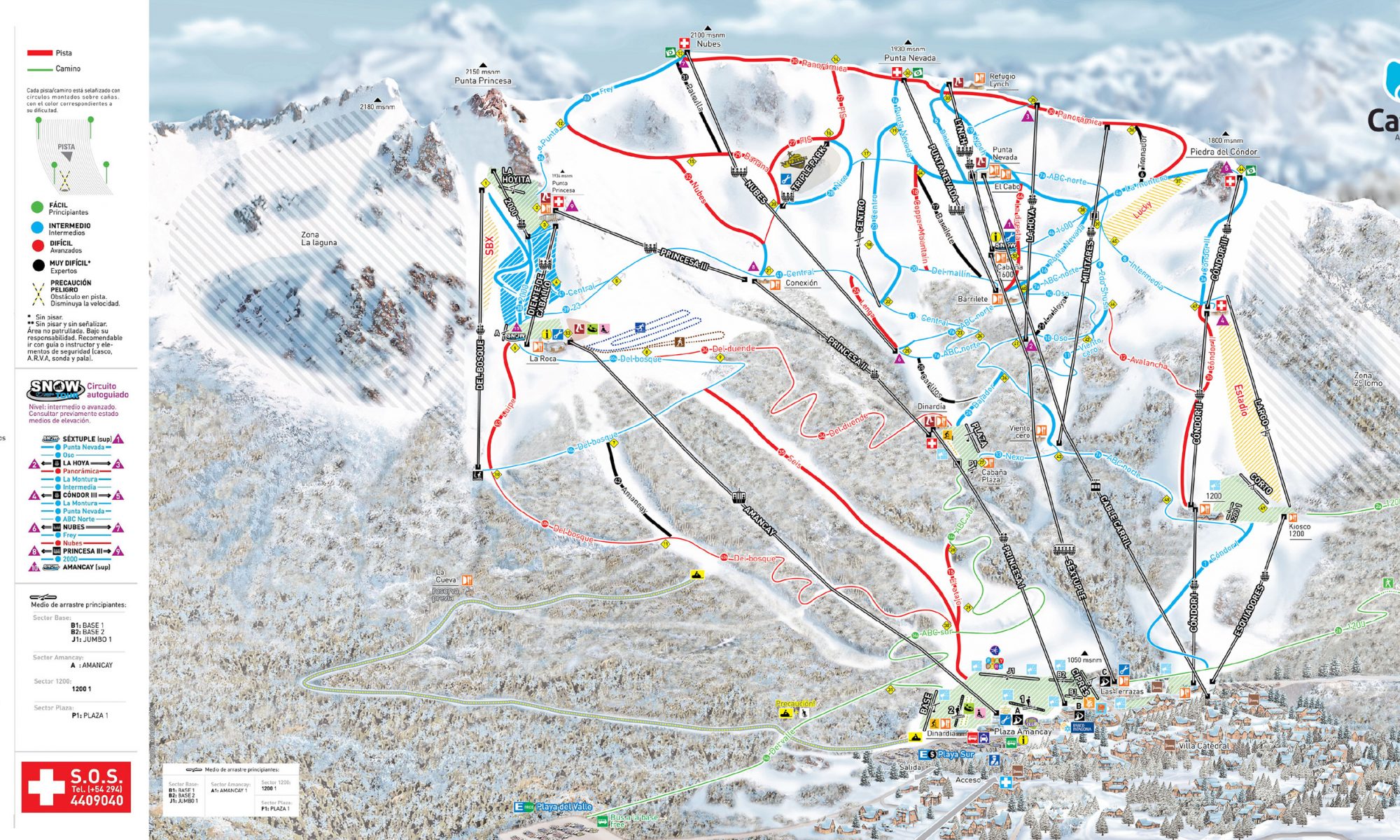 This past Saturday Cerro Catedral started its ski season. The mountain resort has its name for having a shape similar to a cathedral.

The resort, located on the lake region of Patagonia, just outside the town of San Carlos de Bariloche, opened its ski season full of snow, looking marvellous.

There are 60 cm at the top of the mountain and 30 cm at the base area.

Skiers and riders can find open the Sextuple chairlift, Punta Nevada and Lynch. Also are open, the Magic Carpet 3 and 4 of the Play Park for beginners.

During the week the rest of the lifts will be opening gradually. For the people just going up the mountain the Cable Carril, the Lynch chairlift and cablecar Amancay will be operating.

END_OF_DOCUMENT_TOKEN_TO_BE_REPLACED

Chapelco Ski Resort is opening the winter ski season in Cerro Chapelco. Starting this morning at 9.30 AM the following ski lifts have opened: Telecabina, silla 36, magic carpet 1600, Silla Graeff, T-Bar and Filo. As soon as snow conditions allow it, the other sectors of the mountain will open.

Ski and Snowboard School, Kids nursery and kindergarden will be opened, as well as the equipment and clothing rental at the base area. The mountain restaurants Torino Winter Point, Patagonia Truck, the Base restaurant, the Riche Patagonia Chocolate Store, Antulauquen and the Casita del Bosque (little house in the forest) will be opened.

The snow sledging pulled by huskies will be operating, the snowshoeing circuits open and backcountry, as well as the rental of snowmobiles. Chapelco Fotos (Photo company) will also be operational.

The Argentinean snow entrepreneur Juan Cruz Adrogué received the “Monumental Contribution to Ski Tourism” award in Austria as part of the 2018 World Ski Awards. Chapelco Ski Resort was the winner for the third time of the “Best Ski Resort in Argentina” award ”

END_OF_DOCUMENT_TOKEN_TO_BE_REPLACED 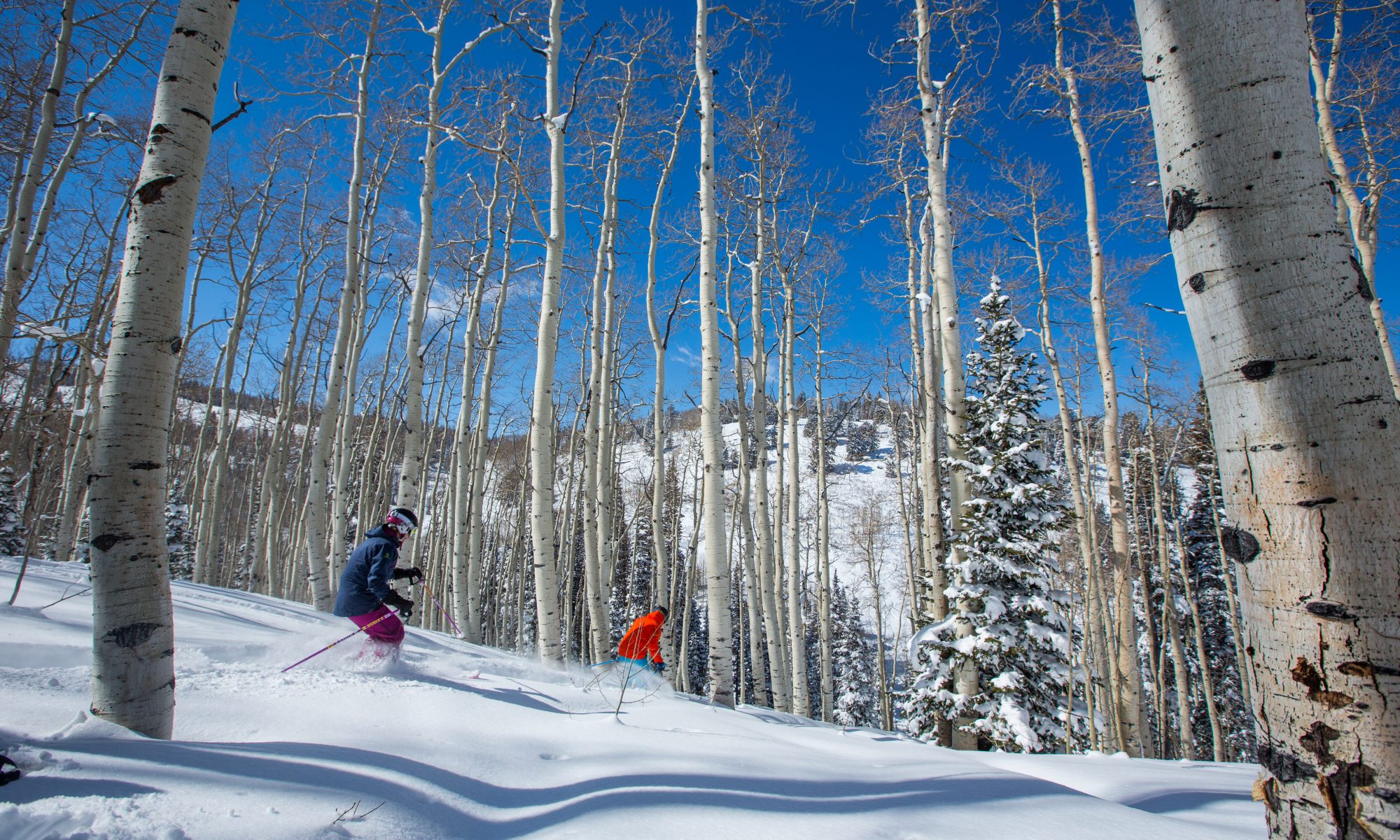 Deer Valley Resort was awarded Best US Ski Resort by the World Ski Awards for the sixth year and opens this Saturday December 8th.

Deer Valley Resort will open for the 2018-2019 ski season on Saturday, December 8, 2018. With over 40” of pre-season snow and optimal snowmaking conditions, Deer Valley® is able to open with at least 45 ski runs serviced by 16 chairlifts, including the new Homestake Express chairlift, upgraded this summer to a high-speed detachable quad. For updated mountain information, be sure to visit the On the Mountain page for the latest conditions and to sign up for Daily Conditions and Powder Alert emails.

New this year, lift tickets purchased three or more days in advance during non-holiday periods will receive “Advance Purchase” pricing. A full list of lift ticket pricing can be viewed here on deervalley.com. In keeping with the resort’s commitment to service and to ensure an exceptional on-mountain experience, Deer Valley limits the number of skiers on the hill each day. Deer Valley does reach capacity during the holiday periods such as December 26, 2018 through January 3, 2019 and February 16 through 20, 2019. Guests are encouraged to purchase their lift tickets in advance at deervalley.com. New this year, Ikon Pass holders are invited to reserve their daily lift tickets in advance at ikonres.deervalley.com to guarantee access during these peak holiday periods.

END_OF_DOCUMENT_TOKEN_TO_BE_REPLACED 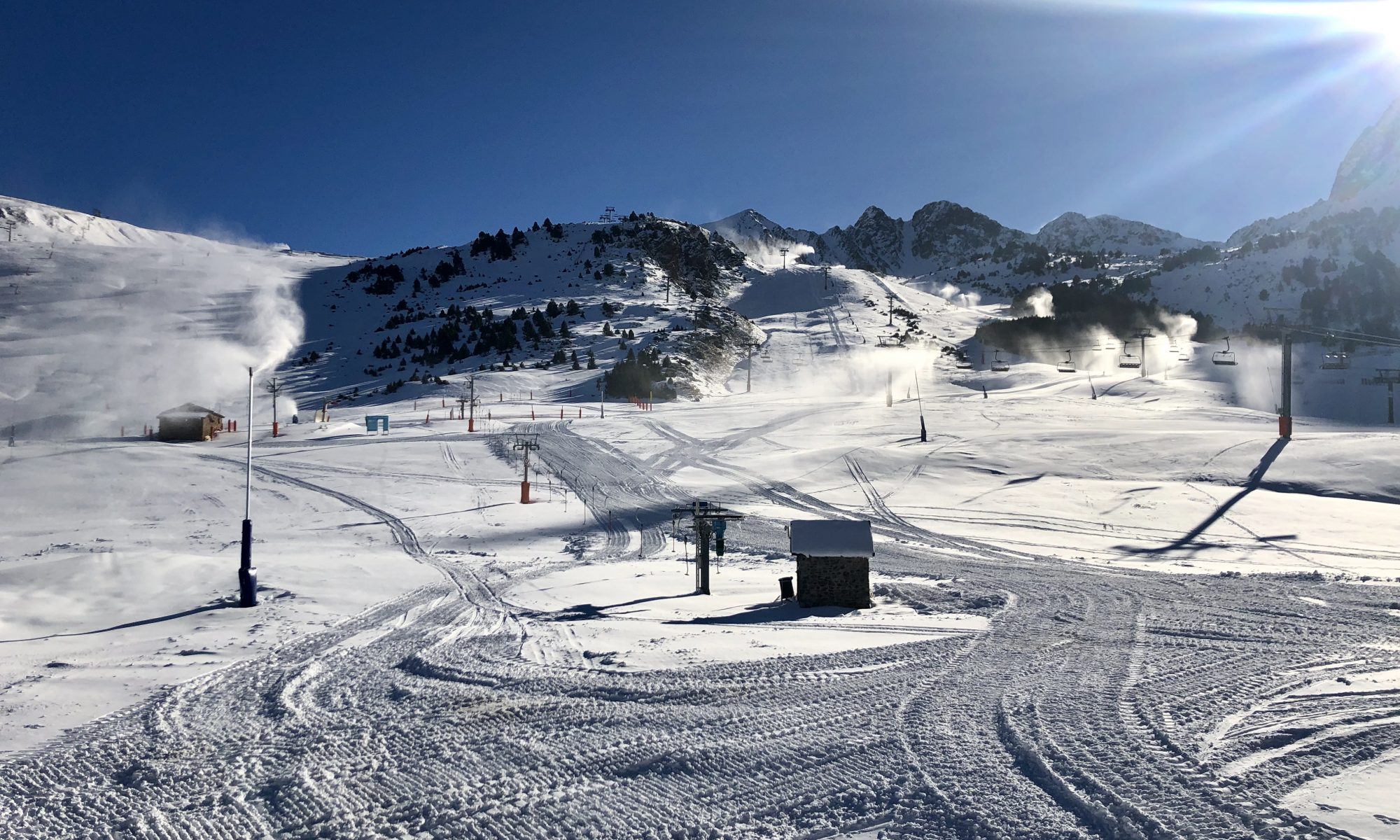 Grandvalira is kick-starting the ski season tomorrow Saturday 1st December with the partial opening of Pas de la Casa and Grau Roig.  The Snow Domain plans to open two of its six sectors this weekend, at a special price of €30

Grandvalira is kick-starting the 2018-2019 season on Saturday 1 December with the partial opening of the Pas de la Casa and Grau Roig sectors, which have connecting slopes. The Soldeu, El Tarter and Encamp sectors are expected to open on 5 December, weather conditions permitting.

The snow production network has been in operation almost constantly, while the ground teams are working hard against the clock to ensure the provision of snow conditions that meet the quality and safety standards for skiing and snowboarding.

END_OF_DOCUMENT_TOKEN_TO_BE_REPLACED 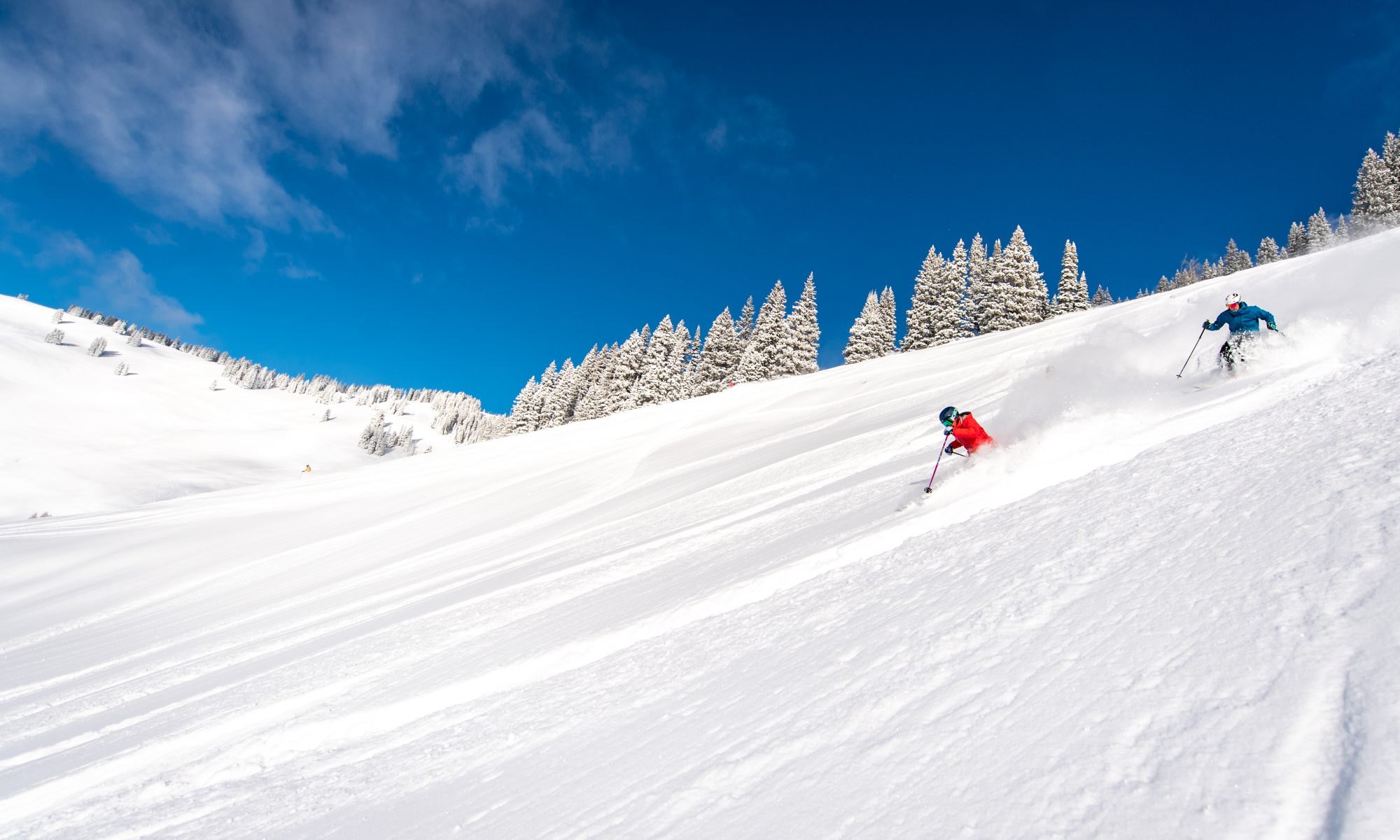 Vail to open Legendary Back Bowls. Resort Opens Portions of Sun Up and Sun Down Bowls

Vail Mountain has opened its legendary Back Bowls, providing access to portions of Sun Up and Sun Down bowls via High Noon Express (#5) and Sun Up Express (#9). Vail is now offering 2,166 acres of skiable terrain, with more anticipated to open this week.

“We are excited to open a portion of the Back Bowls this early in the season and are thankful that we were able to provide that legendary experience for our Thanksgiving holiday guests,” said Doug Lovell, Vail chief operating officer. “Vail has had a strong start to the season, with a foot of snow in the last 48 hours and almost six feet of snow this season. We are definitely experiencing mid-winter conditions.”

END_OF_DOCUMENT_TOKEN_TO_BE_REPLACED 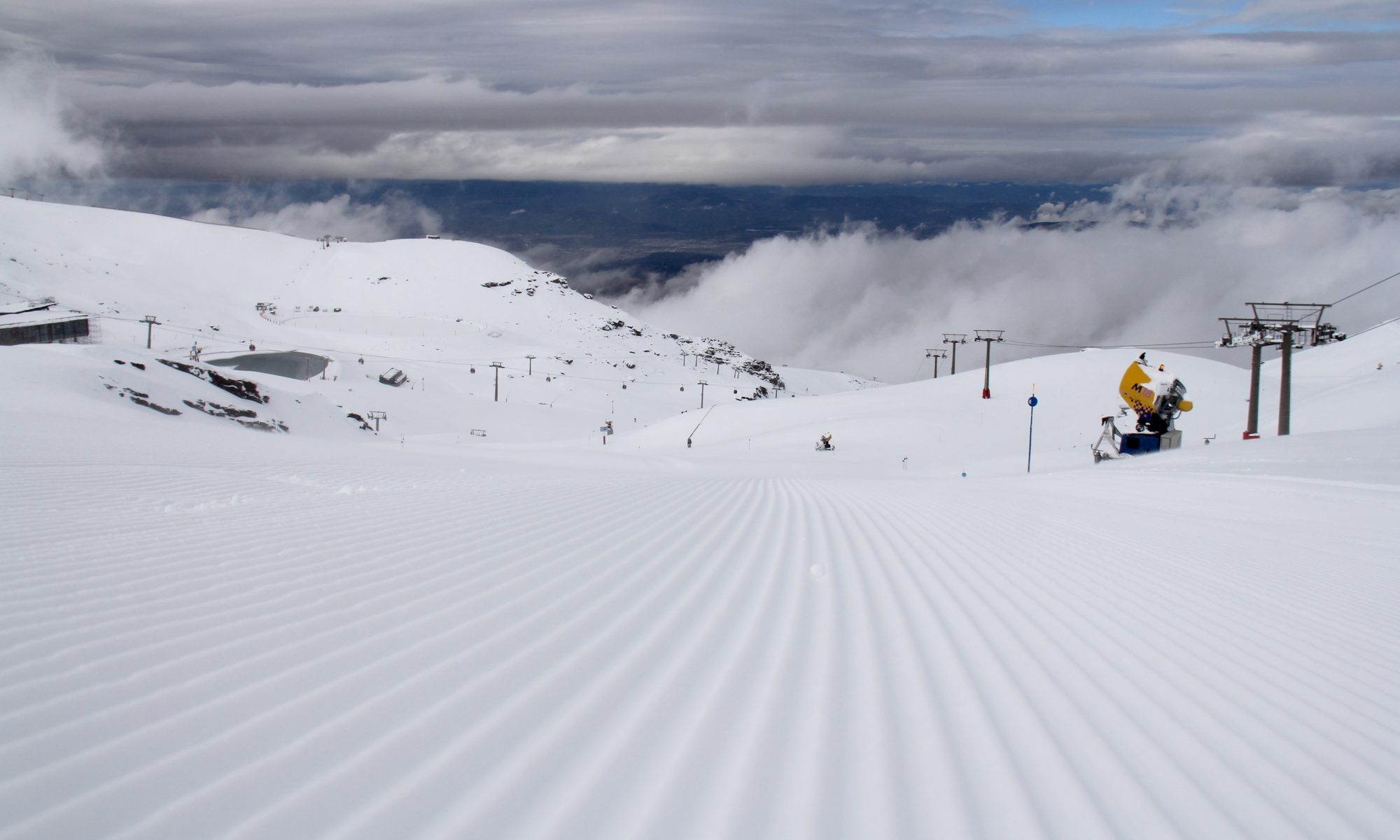 Sierra Nevada, the renown ski resort of Andalucia, Spain, is opening early its ski season this coming Saturday, one week in advance to its programmed opening date.

Sierra Nevada is having the best conditions in its history for its opening with 9 lifts and 43.5 km of trails in the áreas of Borreguiles, Veleta, Loma de Dílar and Rio.

The ski resort and mountain of Sierra Nevada will open its 2018/19 ski season one week prior to its announced opening date and it will do so with the biggest skiable terrain in the history of the ski resort.

The area will open more terrain in the following dates, but now Sierra Nevada will open with 53 trails for all type of skiers with a vertical drop of 1.100 meters.

END_OF_DOCUMENT_TOKEN_TO_BE_REPLACED 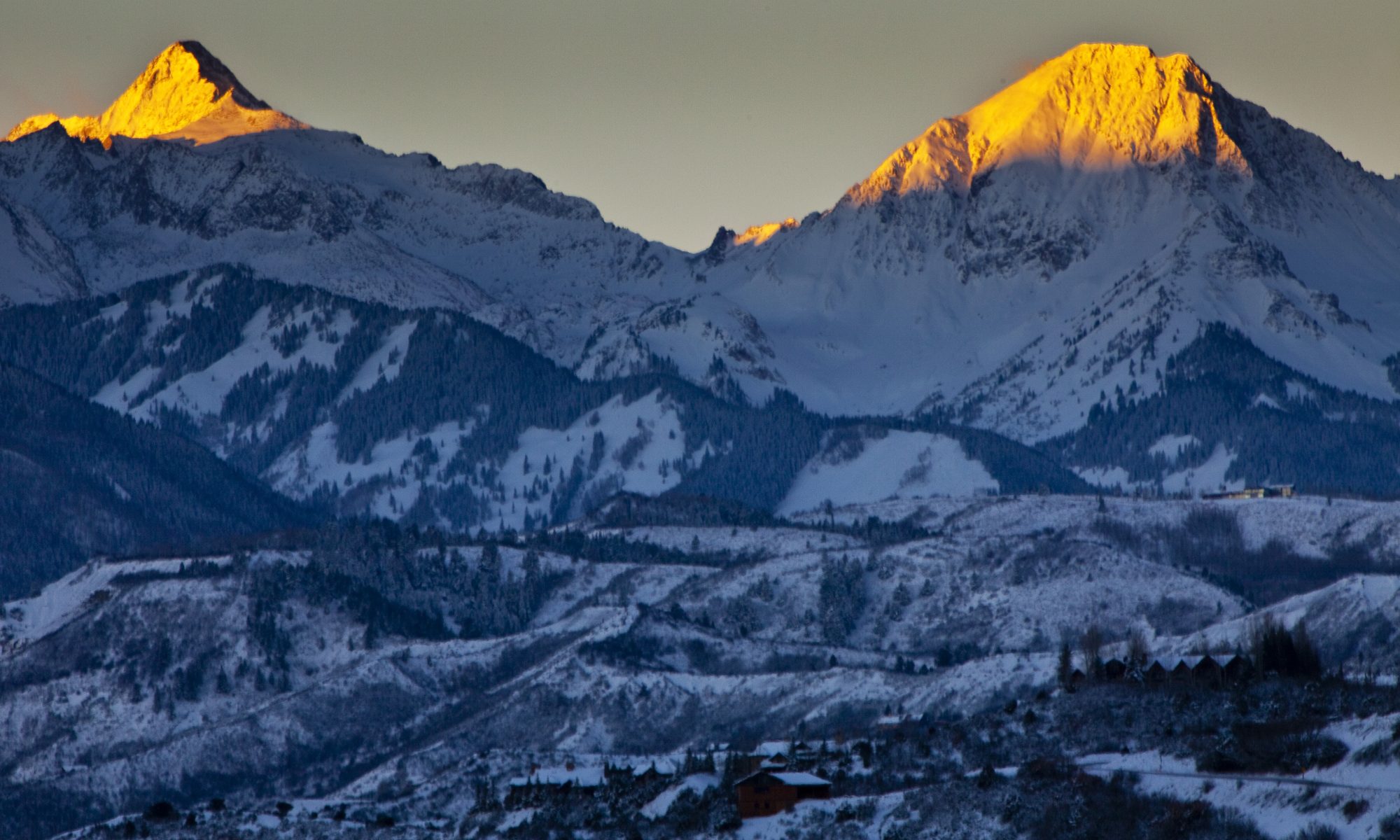 Snowmass will open Thanksgiving Day  for daily operations on 20 trails across 570 acres of terrain Thursday, Nov. 22.

“With over 500 acres of terrain open we are bound to have a great holiday weekend on the hill,” says Katie Ertl, senior vice president of mountain operations. “And with more snow in the forecast for opening day and later this week we will continue to open more terrain as conditions improve.”

Elk Camp restaurant and Sam’s Smokehouse will be open for the season, and Up 4 Pizza will be open Thursday, Nov. 22-Sunday, Nov. 25 until daily operations begin Dec. 6.