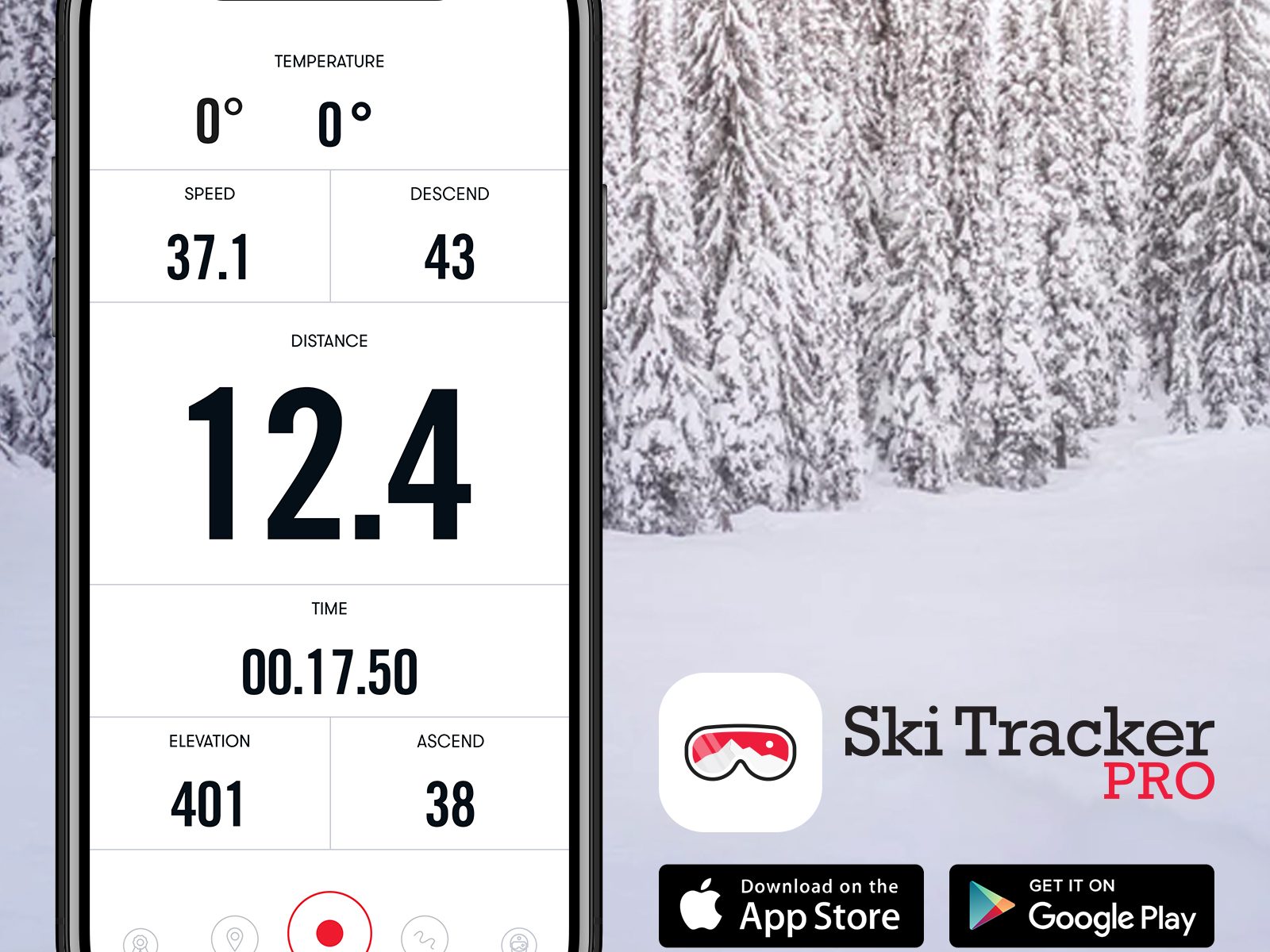 Ski Tracker PRO App allows you to track and analyse your skiing or snowboarding performance using your smartphone.

Ski Tracker PRO keeps you connected with all of your friends on the slopes, allowing you to easily locate and communicate with your buddies wherever they are, so you won’t be ever worried that you can lose your friends on the slopes. The app takes advantage of GPS and detailed trail maps to quickly show you where everyone is in real time, including details such as slope difficulty and percentage down the trail.

Receiving the GPS signal the Ski Tracker PRO App captures your movements and analyses them offline using the power of your smartphone.

Ski Tracker PRO supports both standard and metric units for distance and vert drop. Once you’re done, Ski Tracker PRO also functions as a skiing log, recording a variety of metrics which you can save and share over social networks.

These features can be unlocked by subscribing to one of the three different time durations: monthly, annual and lifetime.

The prices for our premium features are as follows:

So, pick your favourite version and enjoy skiing!

The-Ski-Guru TRAVEL can organise your bespoke ski trip to the Americas, Alps or Japan, including for those going from Britain to Europe, booking your Eurotunnel trip, and for all trips: lodging, lift tickets, rentals, ski school, and all you need for an excellent vacation. Go to https://www.the-ski-guru.com/travel and upload your information – this page will be updated soon with more travel ideas. Check our February offer for Zermatt staying at the Chalet Zen or Penthouse Zen, our amazing Ski Safari in the Dolomites , stay at the San Lorenzo Lodge White Deer in the Val Pusteria of Sudtirol, in the Hotel Petrus in Riscone, for skiing Kronplatz, or check our Easter offer to Obergurgl-Hochgurgl and Sölden to ski with your family.

Also, you can read how Grandvalira will be staying together as one lift ticket company and how they are adding Ordino Arcalis to  this offer. Grandvalira is opening now all of its six sectors.  And also read how someone tried to sabotage some lifts in Vallnord’s Pal Arinsal. And as if it is starting to be a trend, there were two lifts sabotaged in Passo Rolle, in Val di Fiemme, Trentino. Fortunately they were repaired in record time to open to the public. It seems also that the deadly fire in a Courchevel employee housing building was arson. Uber has launched its service UberSki in some resorts in France, after having done so in the United States.

Also, Mt Hood Meadows was forced to evacuate one lift with 150 skiers and boarders due to a power failure. And the same was the case in a lift with 140 skiers/boarders in Whitefish, Montana. A last one to report was now in Stowe, VT, with more than 150 stuck skiers and boarders that have to wait up to two and a half hours to offload. Recently a British skier was killed after suffering a cardiac arrest on a chairlift falling 32 feet to the ground in Méribel resort in Les Trois Vallées. You can see our recent article on how avalanches claimed two lives in Switzerland the past week. And read more what is the real risk of avalanches. Three Germans have been killed by an avalanche near Lech and a fourth is missing. Two were caught in an inbounds avalanche near Kachina Peak in Taos and taken to hospital. 7 were killed as a helicopter and a light aircraft crashed over the Ruitor Glacier near la Thuile in the Italian Alps. Two were killed by an avalanche in St Christoph-en-Oisans in the French Alps.

Featured Image: Follow Your Tracks with Ski Tracker PRO. Use this promo code to get one month free.