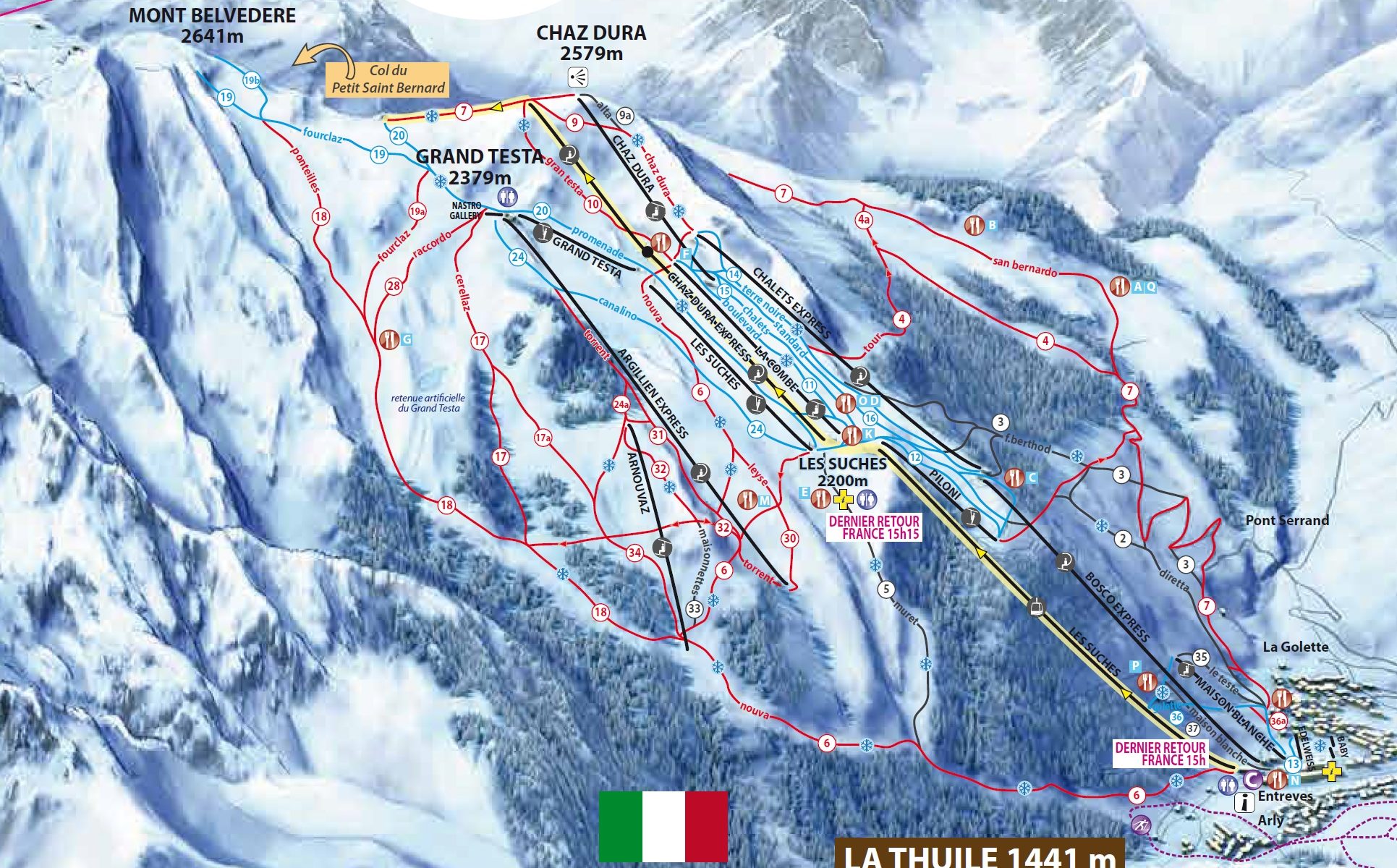 7 killed as helicopter and light aircraft crash over the Ruitor Glacier near La Thuile in the Italian Alps.

Emergency services on Saturday found the bodies of two people missing after a helicopter and a small plane collided above a glacier in the Italian Alps the previous day, taking the total number killed to seven.

The crash occurred over the Rutor glacier near La Thuile, in the Aosta Valley, close to northern Italy’s border with France and Switzerland.

Five people were confirmed dead and two injured on Friday.

The two people who remained missing were found after the search resumed Saturday morning.

Two helicopters were sent up carrying medical personnel and emergency rescue workers to scour the area, the officer said. All those on board the two aircraft are now accounted for.

The helicopter was carrying six people — the pilot, an alpine guide and four passengers who were heli-skiing. Three people were aboard the light aircraft, all of them pilots who were training in mountain flying.

The two injured remain in the hospital, the officer said. Italy’s mountain emergency service tweeted Friday that they were of French and Swiss nationality.

Investigators are now working to piece together what led to the crash.

Italian police were investigating a French pilot Sunday over the deaths of seven people in a collision between a helicopter and light aircraft in the Alps, according to media reports.

The pilot, named as Philippe Michel and one of only two survivors of the deadly accident in the Aosta Valley near France late Friday, was questioned by police in hospital, the Messaggero daily and other outlets reported.

The crash appeared to have happened just after the helicopter took off, unaware that the French Jodel plane was landing.

“The collision happened in flight, probably at a few dozen metres above ground. The wreckage from the aircrafts was spread over an area of about 400 metres square,” Alpine rescue group leader Paolo Comune told the media.

The Italian helicopter pilot, a German alpine guide and three German heli-skiers were killed, along with a French national and a Belgian. Michel and an injured German were airlifted to hospital in Aosta.

Also, Mt Hood Meadows was forced to evacuate one lift with 150 skiers and boarders due to a power failure. And the same was the case in a lift with 140 skiers/boarders in Whitefish, Montana. A last one to report was now in Stowe, VT, with more than 150 stuck skiers and boarders that have to wait up to two and a half hours to offload. Recently a British skier was killed after suffering a cardiac arrest on a chairlift falling 32 feet to the ground in Méribel resort in Les Trois Vallées. You can see our recent article on how avalanches claimed two lives in Switzerland the past week. And read more what is the real risk of avalanches. Three Germans have been killed by an avalanche near Lech and a fourth is missing. Two were caught in an inbounds avalanche near Kachina Peak in Taos and taken to hospital.

Featured Image:  7 killed as helicopter and light aircraft crash over the Ruitor Glacier near La Thuile in the Italian Alps. Ski map of La Thuile.