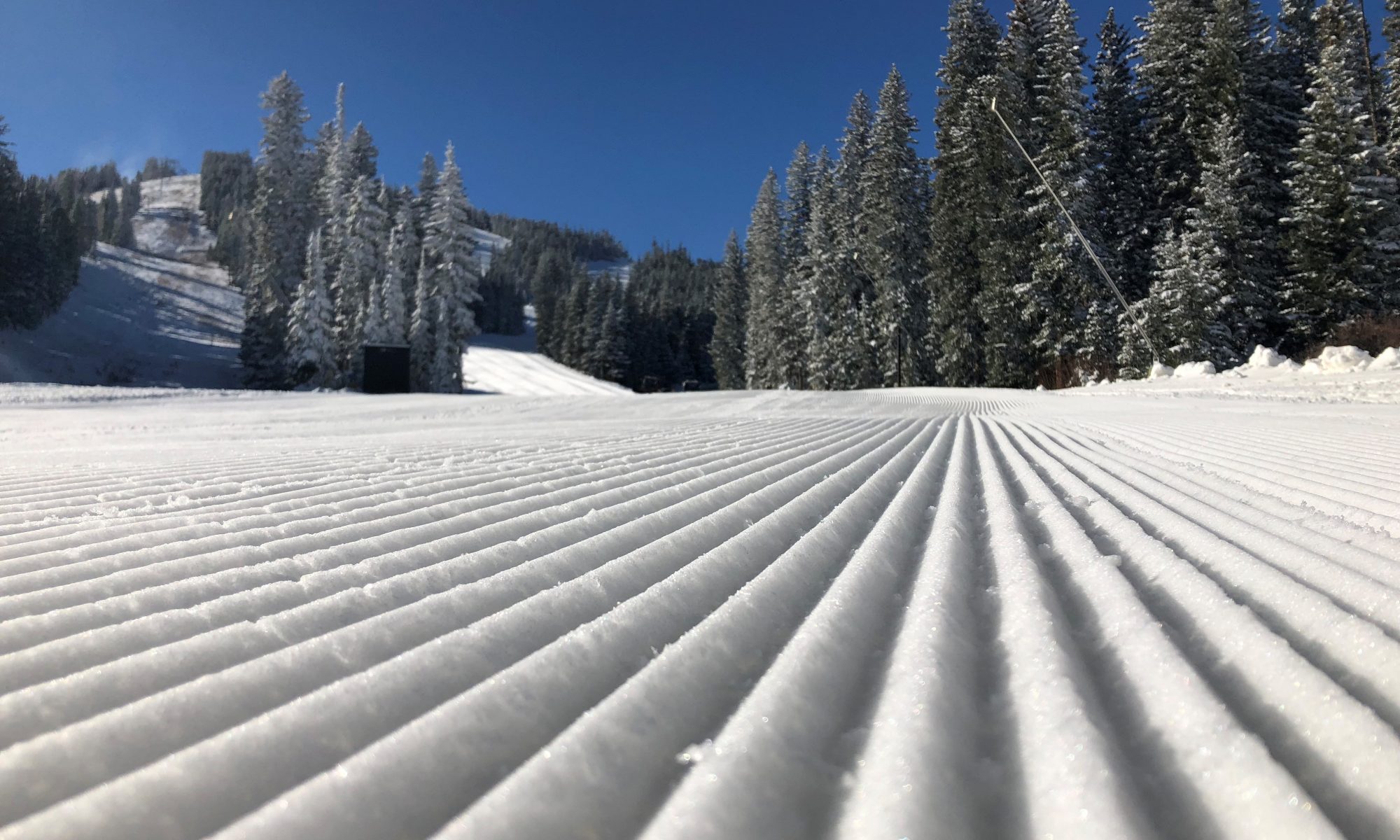 Colorado Ski Country USA (CSCUSA) announced today at its 56th Annual Meeting in Denver skier visits at its now 23-member ski resorts increased 13 percent over last year’s total, which is nearly 12 percent above the five-year average. Using publicly available information, CSCUSA is projecting a new statewide record for skier visits of 13.8 million. Today’s announcement reflects a percentage increase that includes the current makeup of the association and is adjusted for the departure of Crested Butte from the membership in 2018-19.

“The 2018-19 season was one for the history books,” Colorado Ski Country USA President and CEO Melanie Mills said. “Not only did the industry set a new statewide record for skier visits, but there were substantial investments in capital improvements across our member resorts and snowfall was plentiful across the entire state.”

All regions of Colorado received significant snowfall throughout the season with the northern, central and southern mountains all blanketed in white. The early season was marked by significant resort investment with six new chairlifts whisking skiers and riders up the mountain, five new restaurants across the state, the new Limelight Hotel in Snowmass and other new activities and offerings. January and February saw additional snowfall and increased industry wide advocacy on climate change with the formation of the Outdoor Business Climate Partnership and a joint statement from eight state ski trade associations in support of increased climate action. Late February and March featured record or near record snow totals and set up a strong end to the season with five CSCUSA member ski areas announcing season extensions with Aspen Mountain and Arapahoe Basin still spinning lifts on weekends.

END_OF_DOCUMENT_TOKEN_TO_BE_REPLACED

From the Mountain Ear

Gilpin County. Eldora Mountain Resort requested approval of a Special Use Permit for the expansion of Eldora Ski Resort into northern Gilpin County on March 5, 2019, at the Gilpin County Courthouse. The proposal included construction of a lift return and a lift operator building, on property owned by Tolland Ranch, LLC. The owner has given written consent and approval to this application.

During the hearing, the Community Development Director, Stephen Strohminger, said that there would be no new roads that this development would incur, and no vehicular traffic of any kind will be present except for heavy equipment when needed for maintenance. No impacts to water quality or quantity are expected.

The USFS Rocky Mountain Region has conducted an environmental impact report and has approved this project. The proposed Jolly Jug Lift is expected to be approximately 3,250 feet in length with half of the line in Gilpin County, and a structure to house a composting toilet system.

The bottom of the proposed lift is approximately 4.5 miles from Highway 119 and 1.6 miles to the south to Tolland Road, as the crow flies. No negative visual impacts to views and vistas are expected based on the information given.

The new lift would provide access to existing runs on the front and back side of Eldora and additional intermediate and expert level terrain on the south side of the mountain. Eldora General Manager Brent Tregaskis said, “This lift really fills that void at a very high level.” Skiers would be able to ride the Sundance Chair, ski down to the Jolly Jug Lift, and ride to the top of the ridge.”

END_OF_DOCUMENT_TOKEN_TO_BE_REPLACED 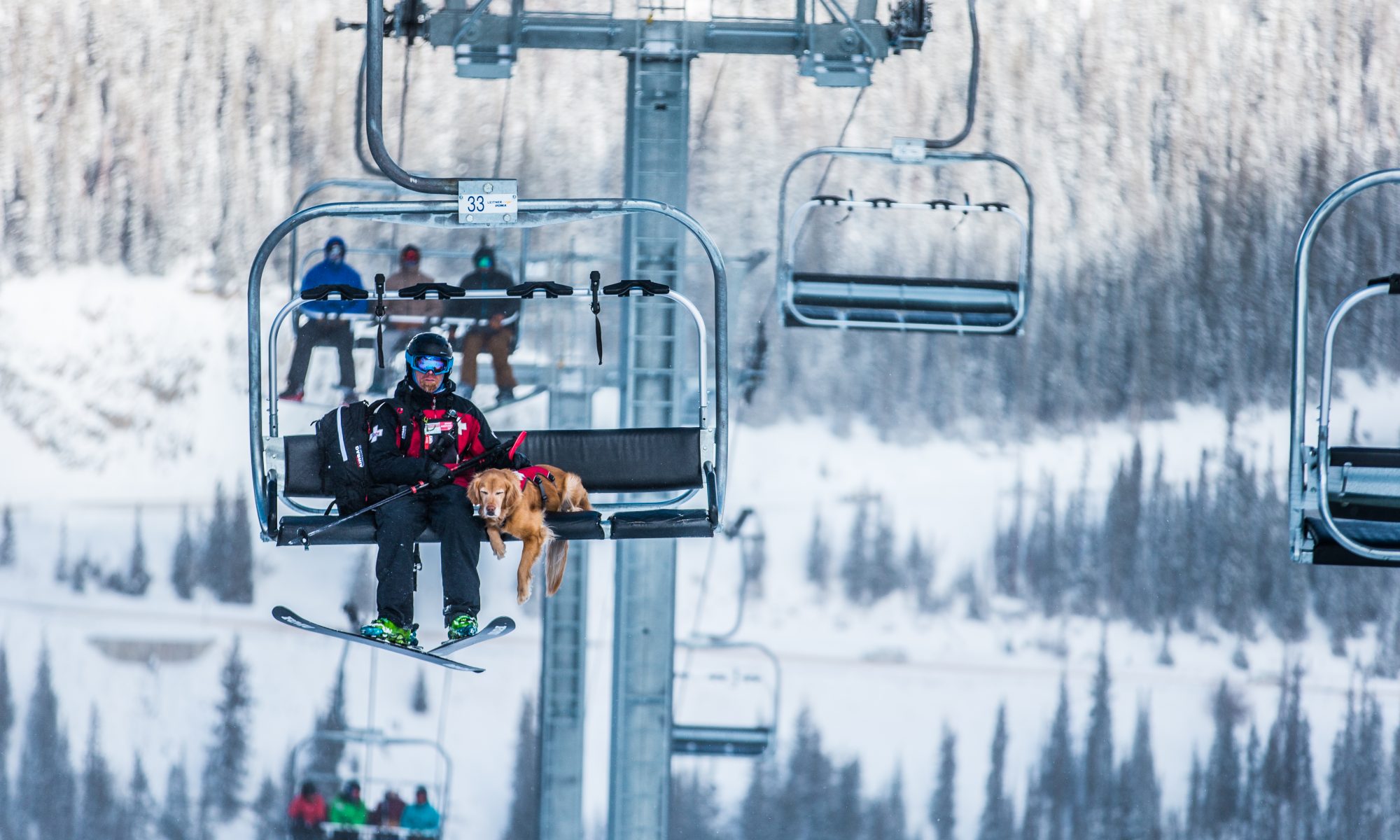 A-Basin quits the Epic Pass cash cow due to their lack of parking.

Arapahoe Basin revenues doubled during the decade it was part of the Epic Pass, but parking problems outweigh the benefits of cash flow

From The Colorado Sun

Too many Epic Pass weekend skiers have forced A-Basin to abandon its decade-long partnership with Vail Resorts.

“We are pretty darn full on weekends and we don’t need any more people on weekends. If anything, we could probably whittle those numbers down a little bit,” Arapahoe Basin’s longtime leader Alan Henceroth said Monday, the day the resort announced it had pulled the plug on the Epic Pass partnership for the 2019-20 ski season. “Our parking is our pinch point.”

Arapahoe Basin, a local’s favorite with a rowdy selection of daunting steeps and a rootsy vibe, has thrived for 10 years under a deal with Vail Resorts that included the 1,428-acre ski area on the industry-dominating Epic Pass. Last fall the company sold more than 825,000 of those passes, offering skiing at 65 different locations.

Arapahoe Basin, which is owned by Canada’s Dundee Resort Development, was Vail Resorts’ first partner resort on the Epic Pass, which now includes access to privately owned, independent resorts such as Telluride, Sun Valley and Snowbasin.

END_OF_DOCUMENT_TOKEN_TO_BE_REPLACED 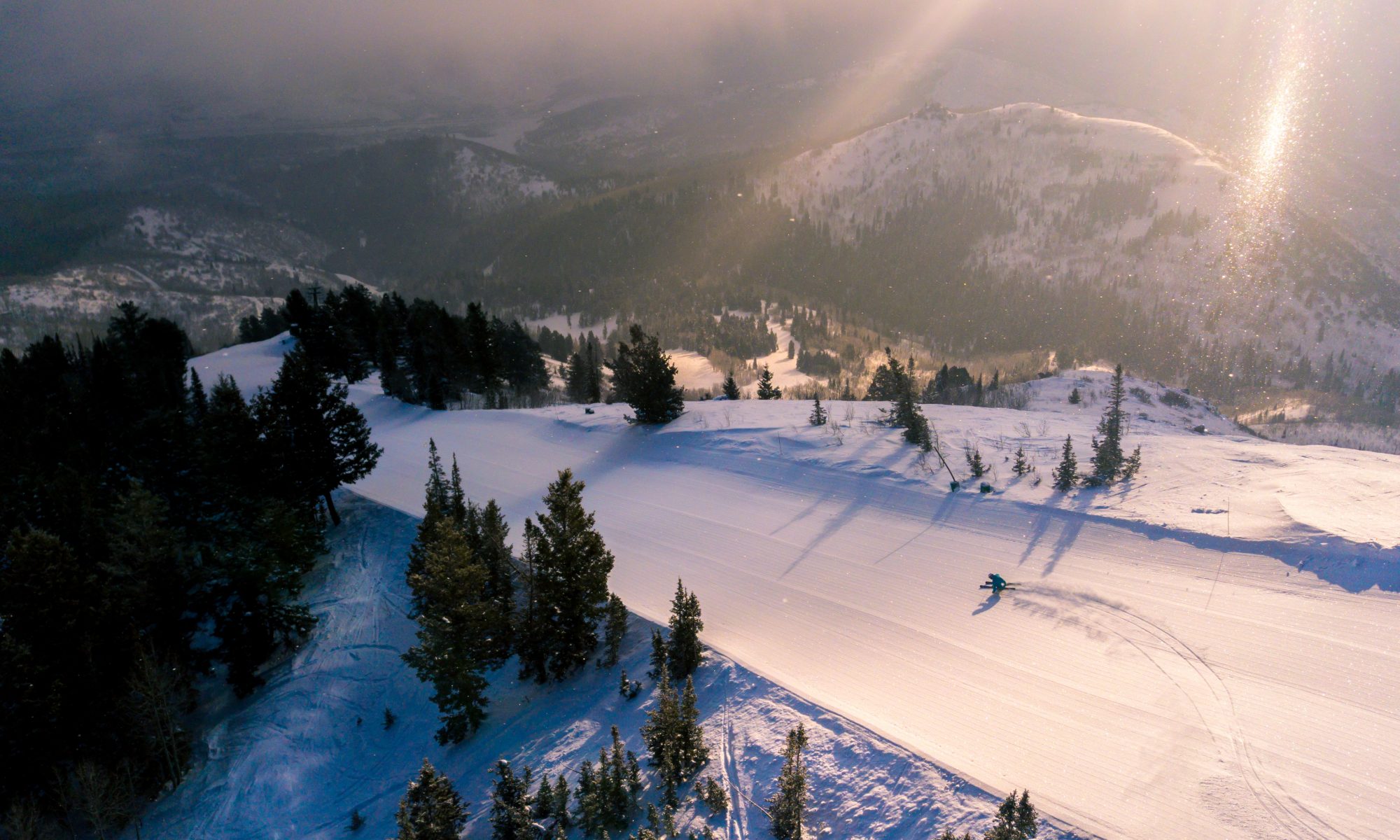 The most expensive ski resorts in the USA

The survey used the average price for the cheapest available double rooms in each destination, through the months of February and March 2019, to establish its rankings. Only hotels with at least 3 stars and located within a ski resort were considered.

Guests staying at Deer Valley spend on average $543 per night for the most affordable double room; in second place for most expensive ski destination, Beaver Creek in Colorado charges $416 for its least expensive double room. Rounding out the top three is Alta resort in Utah, at $413 per night.

The top 10 destinations are mostly found in Utah and Colorado, with California and Wyoming making appearances in the fifth, seventh and ninth spots. California’s Squaw Valley is fifth most expensive overall at an average rate of $302 per night, while the state’s Northstar is $264 per night and in ninth place. In Wyoming, Teton Village is seventh overall, at $292 per night.

END_OF_DOCUMENT_TOKEN_TO_BE_REPLACED 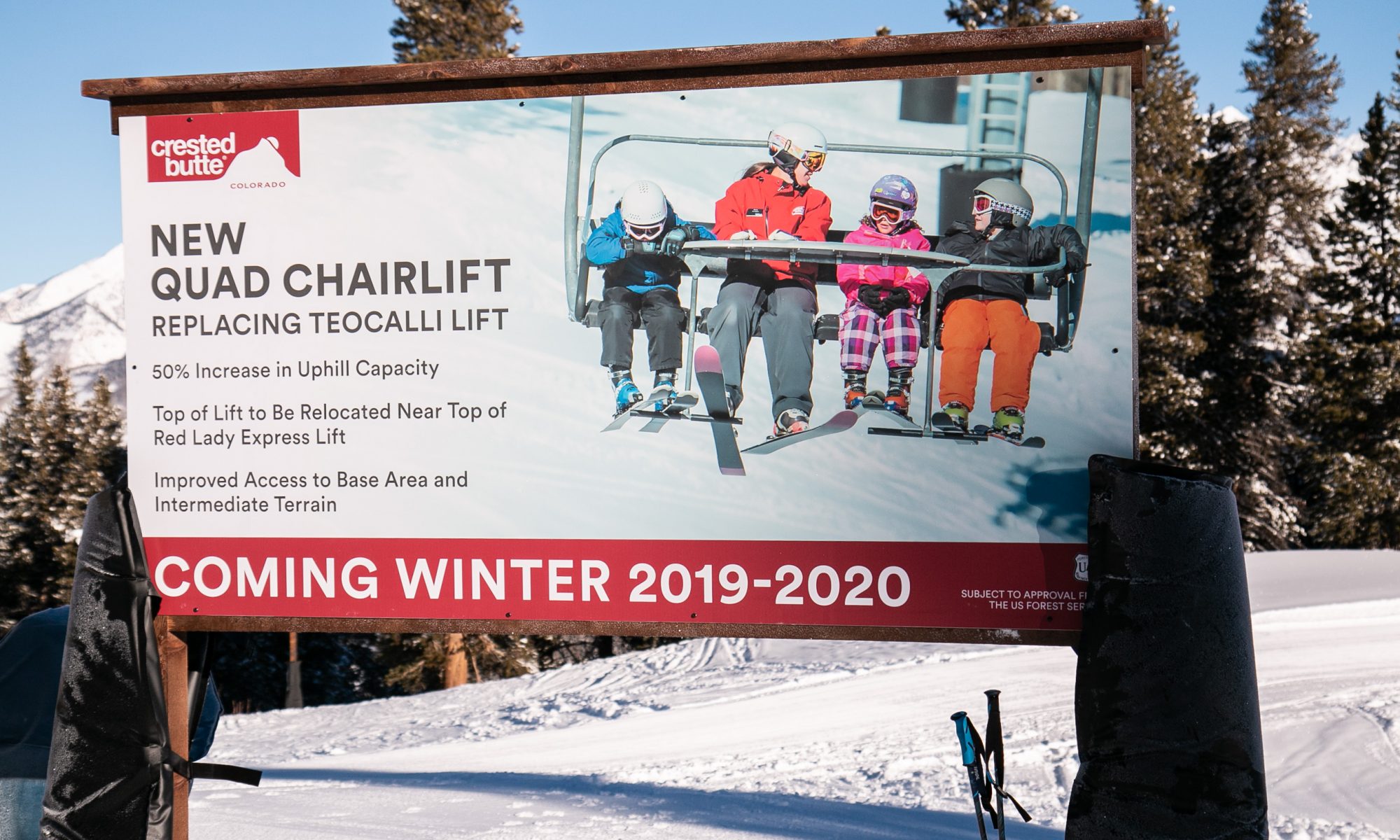 Crested Butte Mountain Resort (CBMR) is excited to announce plans to replace the Teocalli Lift – a 1979 Riblet fixed-grip double chairlift – for the 2019-20 winter season, pending approval by the U.S. Forest Service. If approved, the new Teocalli Lift would be upgraded to a fixed-grip quad chairlift, increasing uphill capacity by 50 percent.

The proposed realignment and installation of the new lift would take place following the close of the 2018-19 winter season. Plans to realign the Teocalli Lift would shift the upper terminal closer to the top of the Red Lady Express; the lower terminal would remain in the existing location at the intersection of the Bushwacker, Gunsight Pass and Upper Conundrum trails.

The Teocalli Lift replacement would improve the on-mountain guest experience at CBMR by providing increased uphill capacity, a secondary egress to the base area from the Paradise Warming House and quick access to beginner and intermediate terrain.

END_OF_DOCUMENT_TOKEN_TO_BE_REPLACED 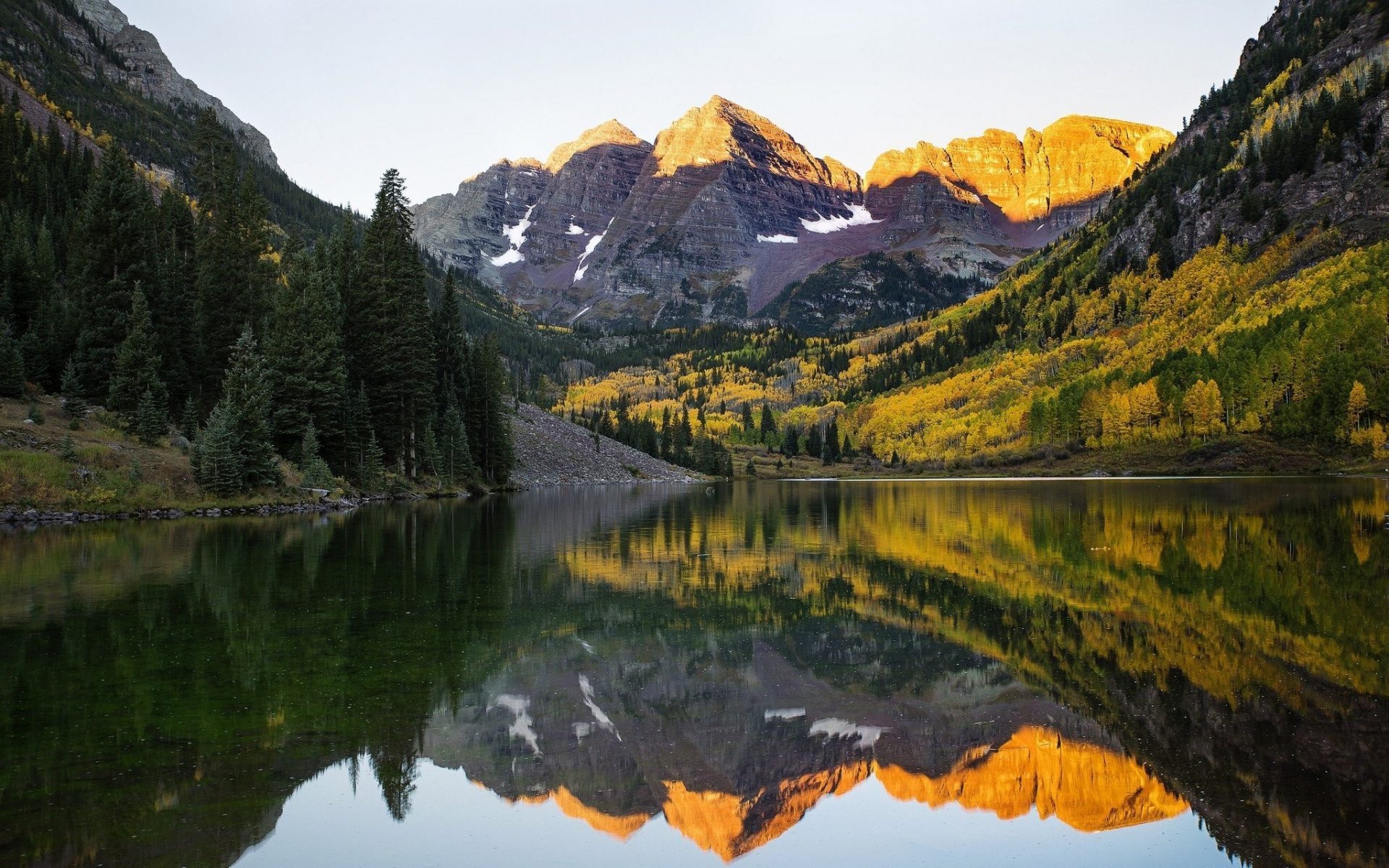 Alterra is expecting to sell 250,000 of the new IKON Pass while Vail Resorts stated that their sales of the EPIC Pass are up thanks mostly to the $99 military pass. This was the excerpt heard during the annual Governor’s Tourism Conference at the Talisa Hotel in Vail. The “Trends in ski” panel with Alterra’s Head of Sales Bob Stinchcomb, Vail Resorts marketing chief Kieran Cain and Powdr’s Jennifer Rudolph.

Lauren Berlamino, of Karsh Hagan, a marketing, design and tech company started the discussion with where the whole ski industry is in Colorado, noting the challenges of shorter seasons due to climate change and aging demographic. The opportunities to be had are the experiences beyond skiing and the leading the way in sustainability.

One-fifth of skiers are 55 years or older, with some of the most avid participants are aged 70 and older. Skiers and snowboarders visits in the country have increased from 8.7 million in 1996-97 to 9.2 million in 2017-18. Berlamino states that this growth does not correlate with the overall population growth over the past years.

“It kind of sounds like we’re facing an uphill battle, but really Colorado is doing amazing in this industry,” she said. “I think nobody’s better positioned than our state to continue to ride this momentum and be successful amidst all this change that we’re seeing.”

According to the National Ski Areas Association, Colorado’s share of overnight ski trips in the calendar year of 2017 was 21 percent, followed by California at 13.7 percent. Of the 53.2 million skier visits, that’s about 11 million visitors to Colorado.

END_OF_DOCUMENT_TOKEN_TO_BE_REPLACED

The partnership is designed to provide Ikon Pass exposure to millions of fans nationwide throughout Broncos Country, a passionate group of fans who follow the team and visit Broncos Stadium at Mile High during each Broncos home game.

Creative elements at Broncos Stadium at Mile High will provide a glimpse into Ikon Pass premium destinations and generate visibility for the multi-resort pass product through branding at the Mile High Mountain Village between Gates 4 and 5 and LED in-stadium signage. The partnership also includes website, TV and radio advertisements and activations featuring appearances by Broncos mascot, Miles, cheerleaders and alumni.

“Football season is here and winter 2018-2019 is around the corner, which means it’s the perfect time to announce a partnership between the Ikon Pass and the Denver Broncos,” said Jimmy Huh, Director Media Marketing. “These are two brands with passionate fan support and a natural fit for anyone who is a fan of the Denver Broncos.”

END_OF_DOCUMENT_TOKEN_TO_BE_REPLACED 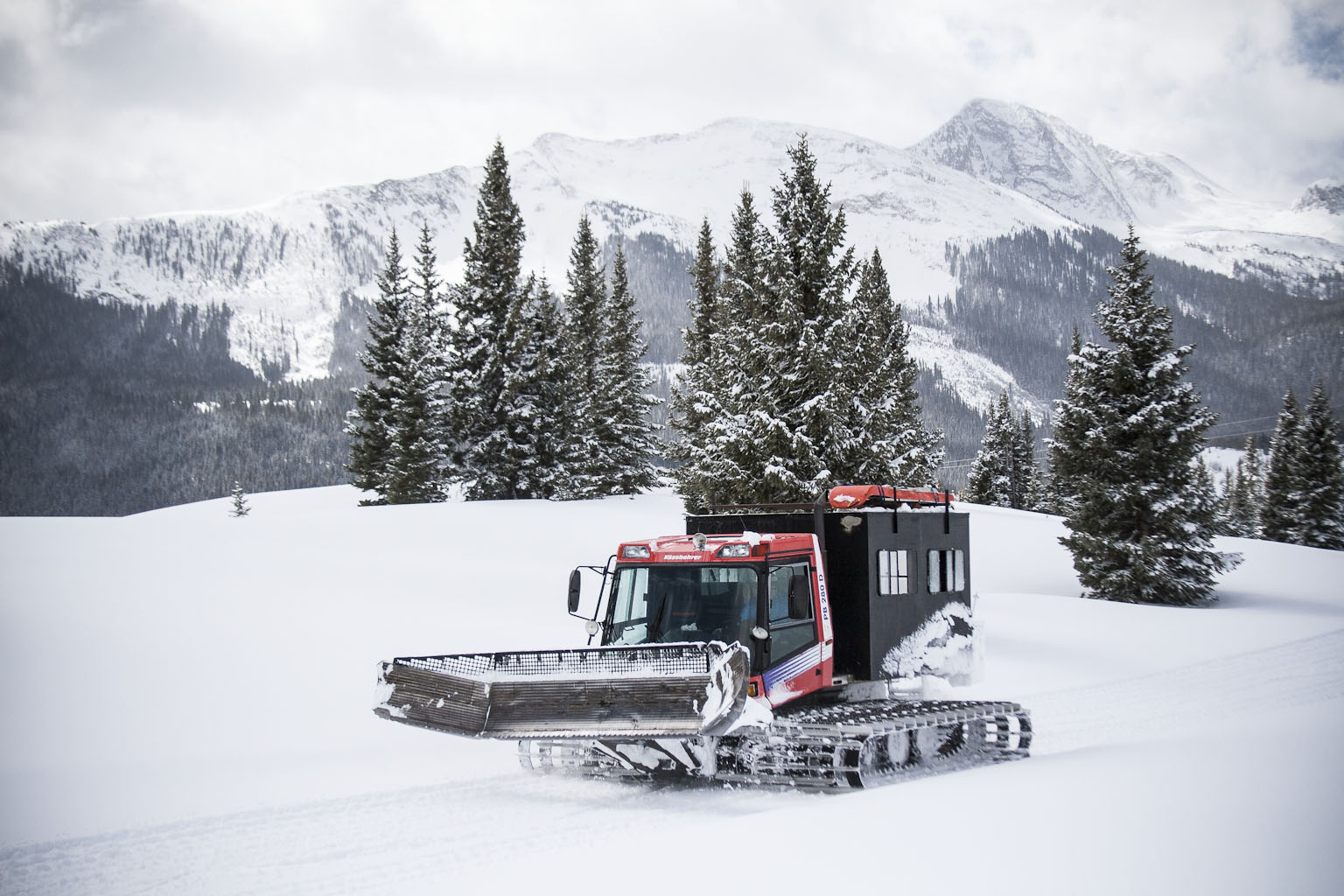 Have you ever fancied of owning a cat-skiing operation? Well, the idea is not that difficult if you can get yourself with USD 159,000. Silverton Powdercats, a guiding business that operates in the backcountry of the San Juan Mountains in Southwest Colorado, near Silverton, Telluride and Durango is up for sale for that amount.