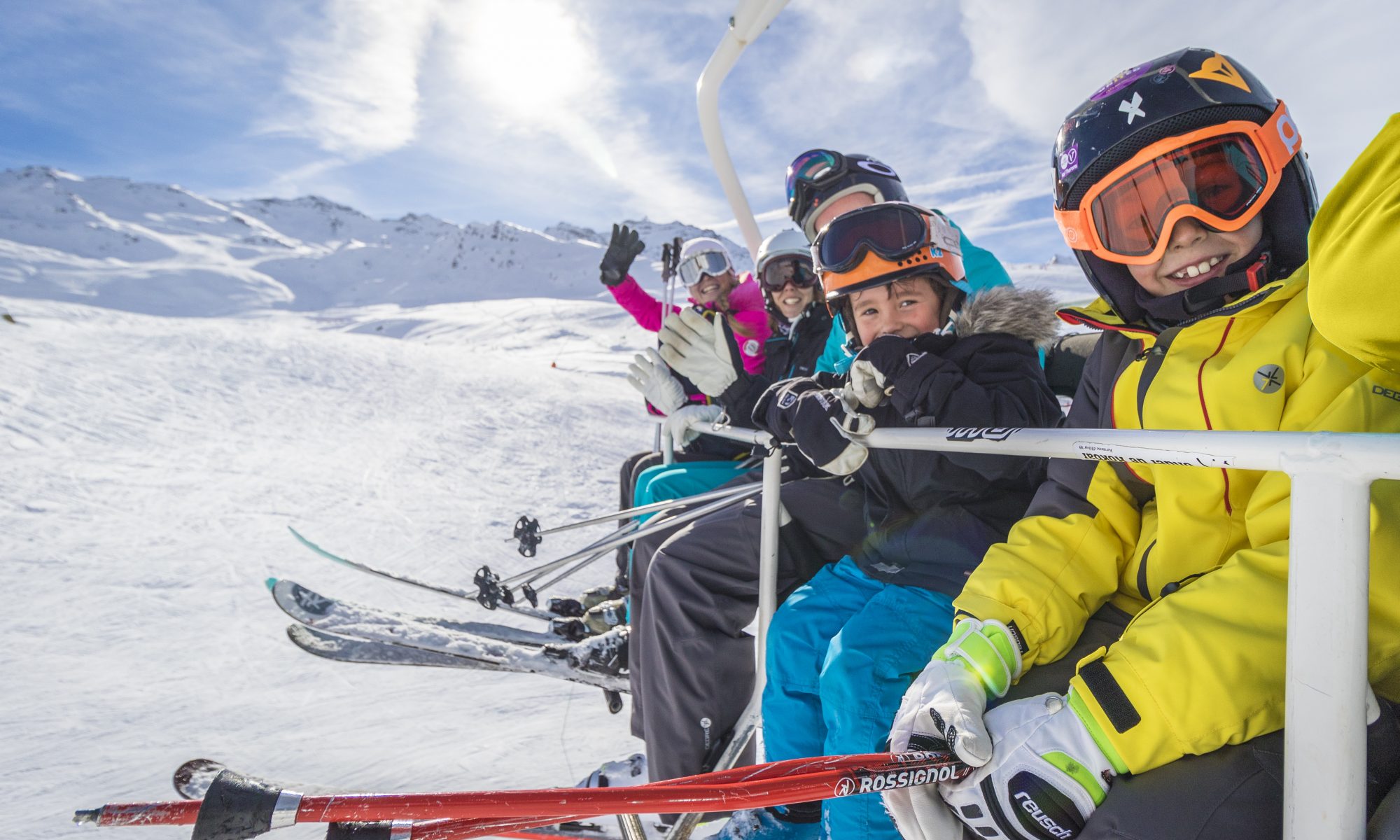 The COVID-19 and the domino effect closing ski resorts

I have been a bit away from my blog due to increase work with the mess of having had the COVID-19 affecting all and everyone all over the world.

What seemed to be something distant affecting only China and Asia, now has its epicentre in Europe, and this has caused all ski resorts to close, first in Italy, then the rest of Europe, and now in North America. The resorts that seem to be still working are in Japan and in Scotland, and Hokkaido has just lifted up their state of emergency at the moment of writing.

This is by way non an exhaustive report or list on who closed, as there are tons of information around with more detail.

But how did this start so quickly? We were coming back from Morgex in the Aosta Valley on the 23rd February, when we heard while driving through France, that some cases of COVID-19 where in some towns in the south of Milano (Codogno, and some others) and in the Veneto region, but that the epidemic was pretty localised….then it was extended quickly to lock all the region of Lombardia. This led lots of people to escape towards the mountains before the closing of the region, as everyone felt it was going to be safer there. But then the virus was already spreading exponentially within the community when many of those that came to the mountain resorts, continue in holiday mode, piling in queues by the lifts. When at first I’ve thought of COVID19, I was thinking, people are well wrapped out, they have ski gloves or mittens, goggles, they are pretty safe…maybe ride a cabin only with your family group or whoever you are skiing with, and ride more chairlifts, and you would be fine… maybe lunches in a small cabin would not be a great idea, even though I love having lunch during my ski days….

But then, when it became clearer that everyone was still not respecting the social distancing that the Italian government was asking for, the Aosta Valley had very busy weekends with people from Milano, Torino and Genova still coming, and they decided, in conjunction with the hoteliers, to close the resorts… if not the spread was going to come to their area. All mountain resorts have hospital facilities that are small, as they cater to a much smaller population.

This created people going to another resorts, and even to France through the Mont Blanc Tunnel. Sudtirol, Dolomiti Superski and Trentino followed the closures. The Tyrol in Austria followed through, as there have been some cases in Ischgl, then it was a succession like a domino. France took its time to close, and many tour operators where hit twice, as they scrambled to change trips to ski resorts in Italy and Austria towards France, to be then forced to send back home skiers that arrived on the Saturday, when resorts closed on Saturday night.

END_OF_DOCUMENT_TOKEN_TO_BE_REPLACED 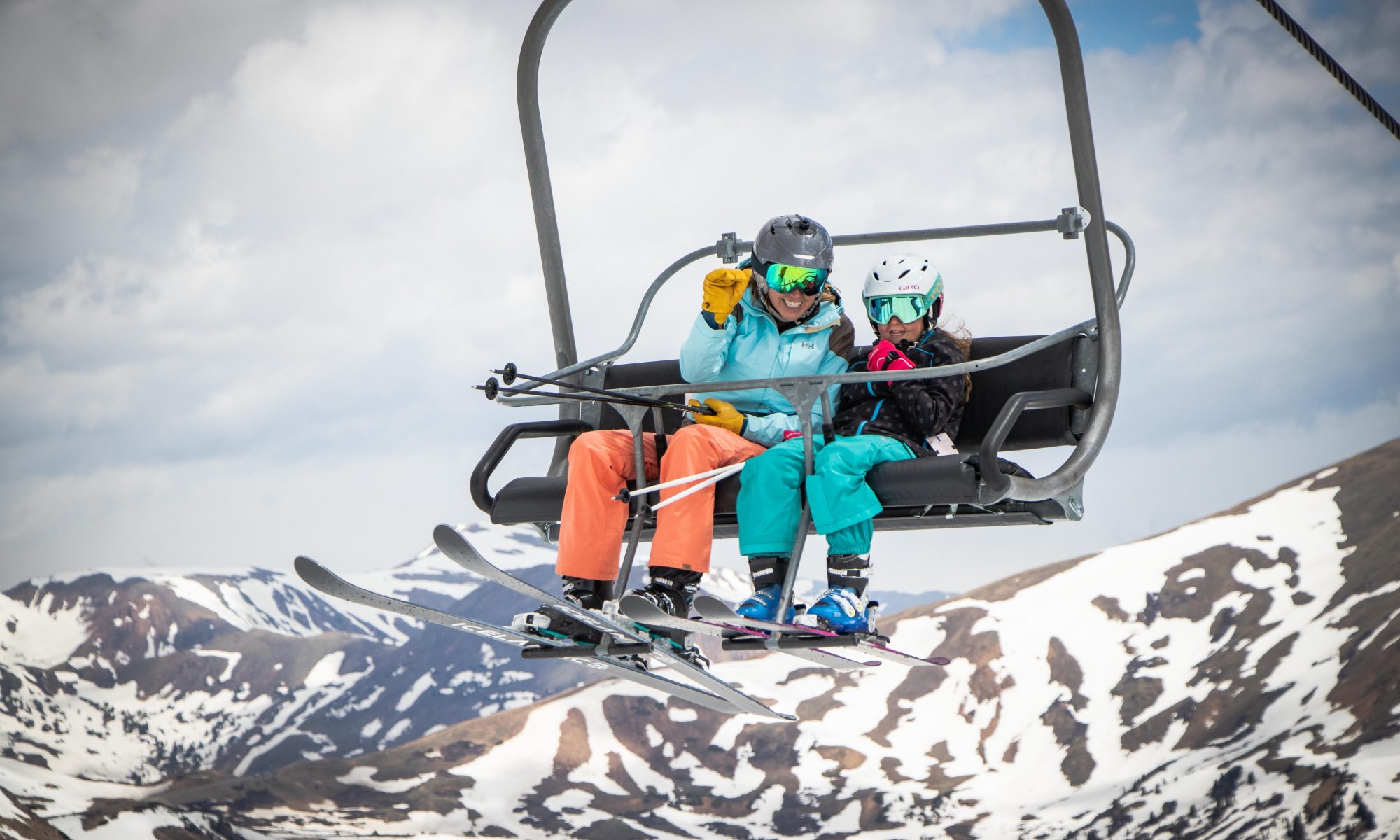 Red, White and Basin: Ski the 4th of July at Arapahoe Basin!

Arapahoe Basin (A-Basin) will be open for skiing and snowboarding on Thursday, July 4, 2019. July 4 will be the official closing day for A-Basin’s 2018-19 winter season, capping off the longest ski season in Colorado that began October 19, 2018. The last time A-Basin was open on July 4 was 2011. Its longest season was in 1995 when the ski area stayed open until August 10.

A-Basin is able to stay open in large part thanks to higher-than-average snowfall totals and lower-than-average temperatures in the months of March and May, including nearly seven feet of snow falling during March. Even so, it was not a record snowfall year for the ski area. At the start of June, A-Basin was at 106 percent of average snowfall (about 375 inches). Other contributing factors to A-Basin’s late season are its northern-facing frontside slopes and high elevation (10,780’ base; 12,500’ at the top of the highest lifts; 13,050’ peak).

END_OF_DOCUMENT_TOKEN_TO_BE_REPLACED 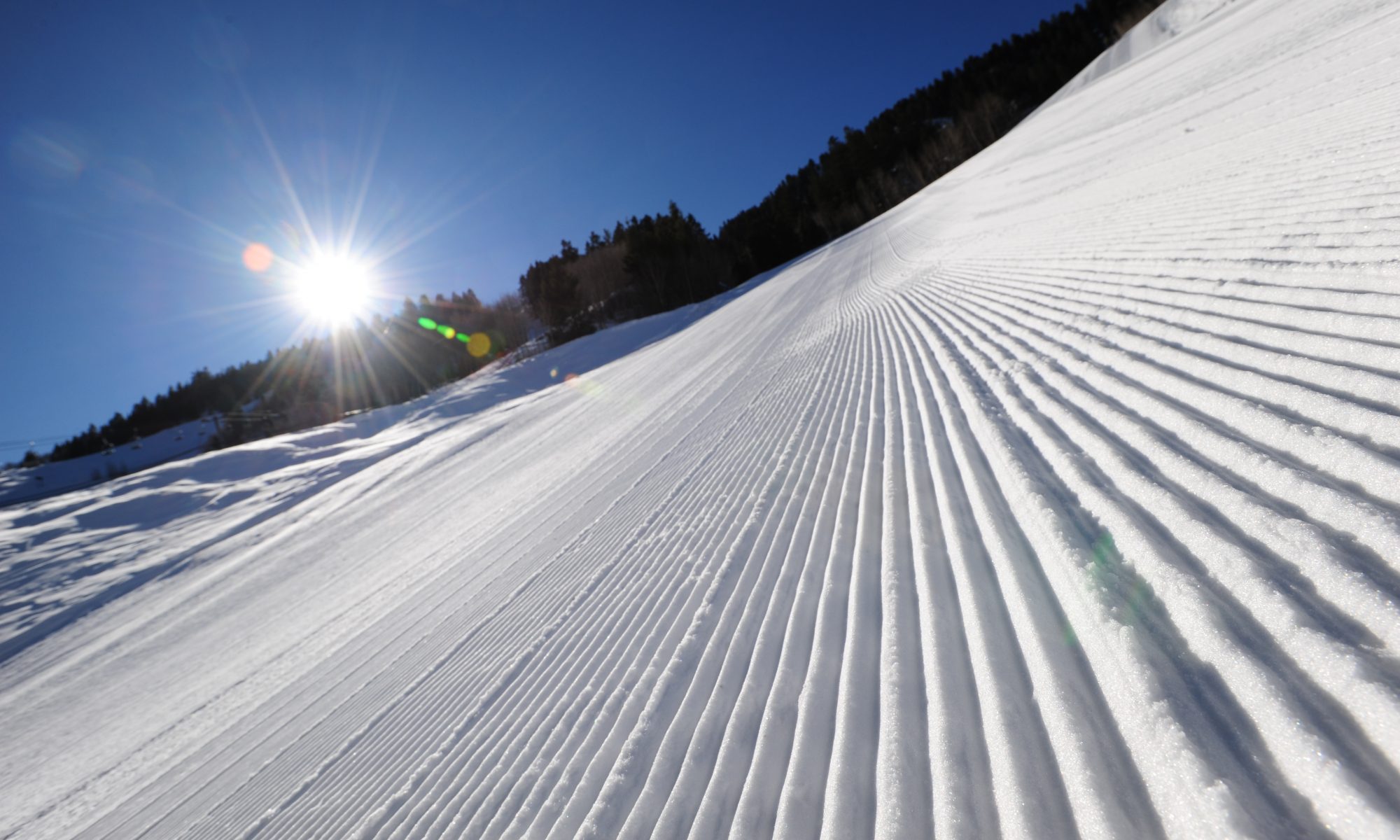 Aspen Mountain will open for another bonus weekend of skiing and riding Jun. 15-16 over Food & Wine Weekend

Aspen Snowmass announced today two additional days of skiing and riding as part of summer operations over the popular Food & Wine Classic this weekend, Jun. 15-16. making this one of the longest skiing and riding seasons in Aspen history. Skiers and riders will enjoy around 100 acres on a 30-inch base depth.

“We love that we can celebrate this historic season of snowfall with both skiing and summer activities in Aspen,” says Katie Ertl, senior vice president of mountain operations. “This is the perfect time of year to get outside, and get in two or even three sports in a day, with skiing, biking, hiking, golfing and more.”

The Silver Queen Gondola will be open for sightseeing and the Sundeck, located at the top of Aspen Mountain, will offer food and beverage options as well as a DJ on the deck Saturday. The first Bluegrass Sunday of the summer season will kick off Jun. 16.

END_OF_DOCUMENT_TOKEN_TO_BE_REPLACED 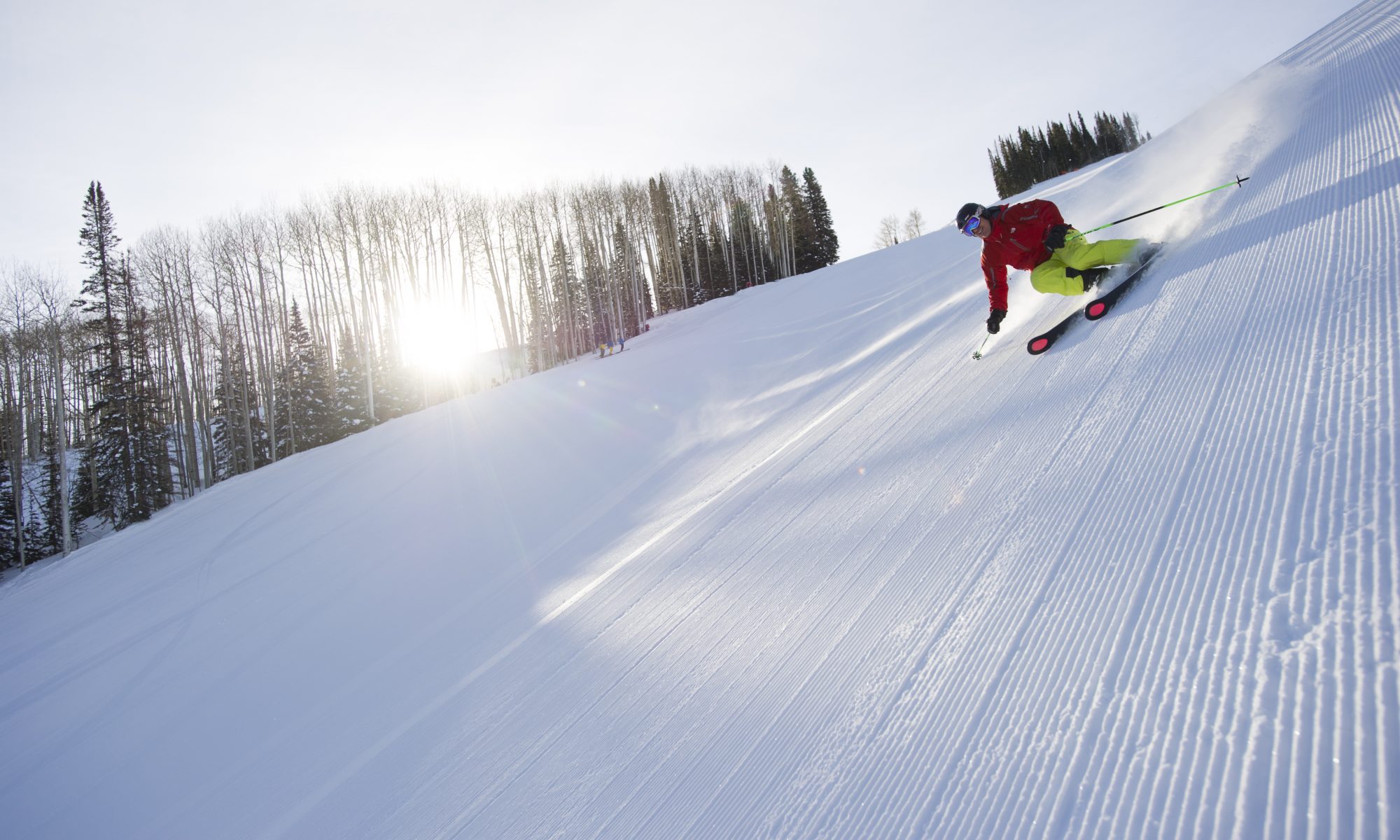 Aspen Snowmass Adds Another Bonus Weekend for Skiing and Riding

Aspen Mountain will once again offer skiing and riding as part of continued summer operations this weekend, Jun. 8-9, with 130 acres of terrain on a 58-inch base depth.

The Silver Queen Gondola will be open for sightseeing and the Sundeck, located at the top of Aspen Mountain, will offer food and beverage options as well as a DJ on the deck Saturday.

The gondola will operate from 9 a.m.—4 p.m. for sightseeing and the Ajax Express chairlift will run from 9 a.m.-1 p.m., as long as conditions permit, for laps on Aspen Mountain’s upper blue runs as well as black runs such as Summit and Blondie’s. Everyone will be required to download on the gondola.

END_OF_DOCUMENT_TOKEN_TO_BE_REPLACED 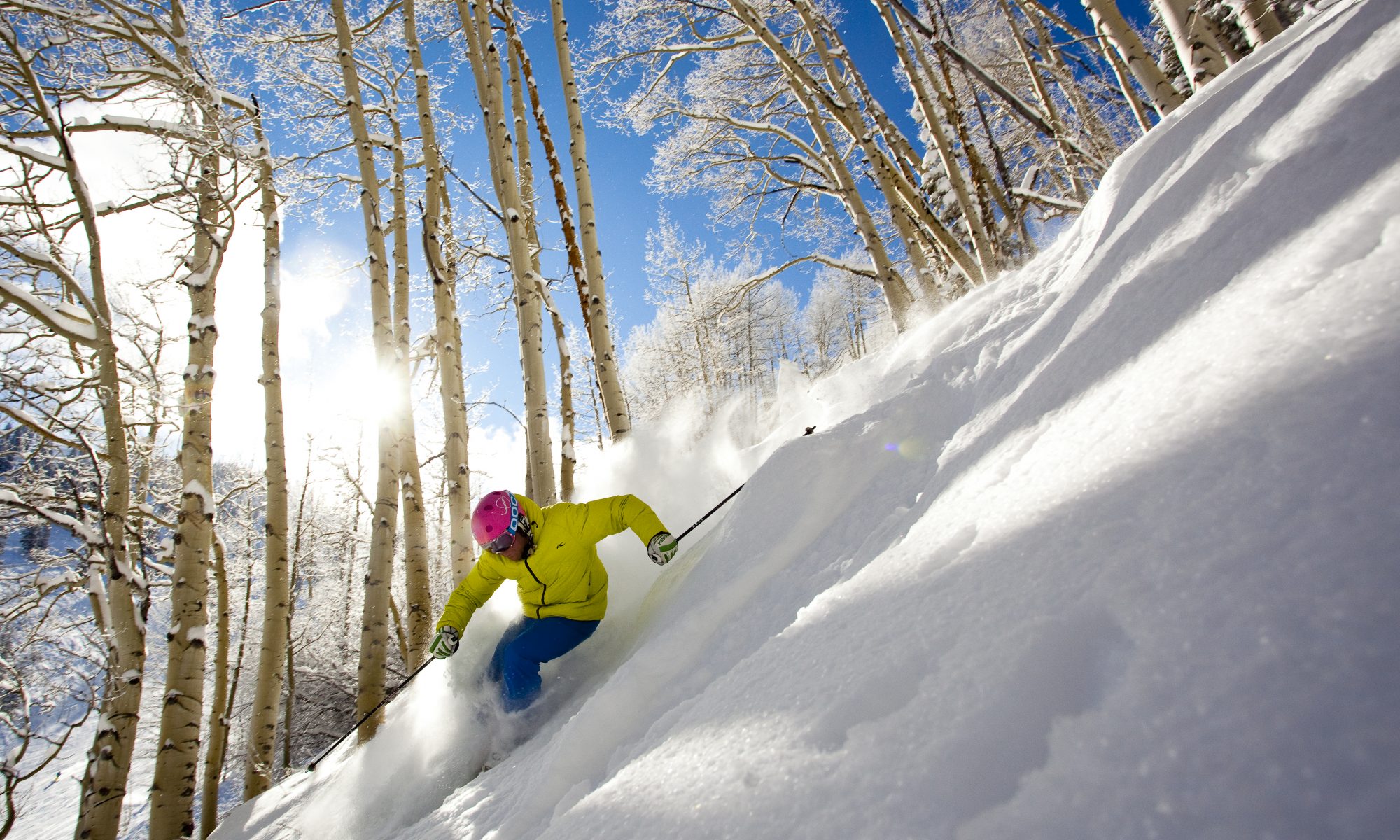 ASPEN SNOWMASS, Colo.—May 28, 2019— Aspen Mountain will reopen this weekend, June 1-2, for the continuation of summer operations with skiing and riding on 130 acres of skiable terrain. The gondola will be open for sightseeing and the Sundeck will offer food and beverage options as well as a music on the deck during the day.

The Silver Queen Gondola will operate from 9 a.m.-4 p.m. for sightseeing and the Ajax Express chairlift will run from 9 a.m.-1 p.m., as long as conditions warrant, for laps on Aspen Mountain’s upper blue runs as well as black runs such as Summit and Blondie’s. Everyone will be required to download on the gondola.

END_OF_DOCUMENT_TOKEN_TO_BE_REPLACED 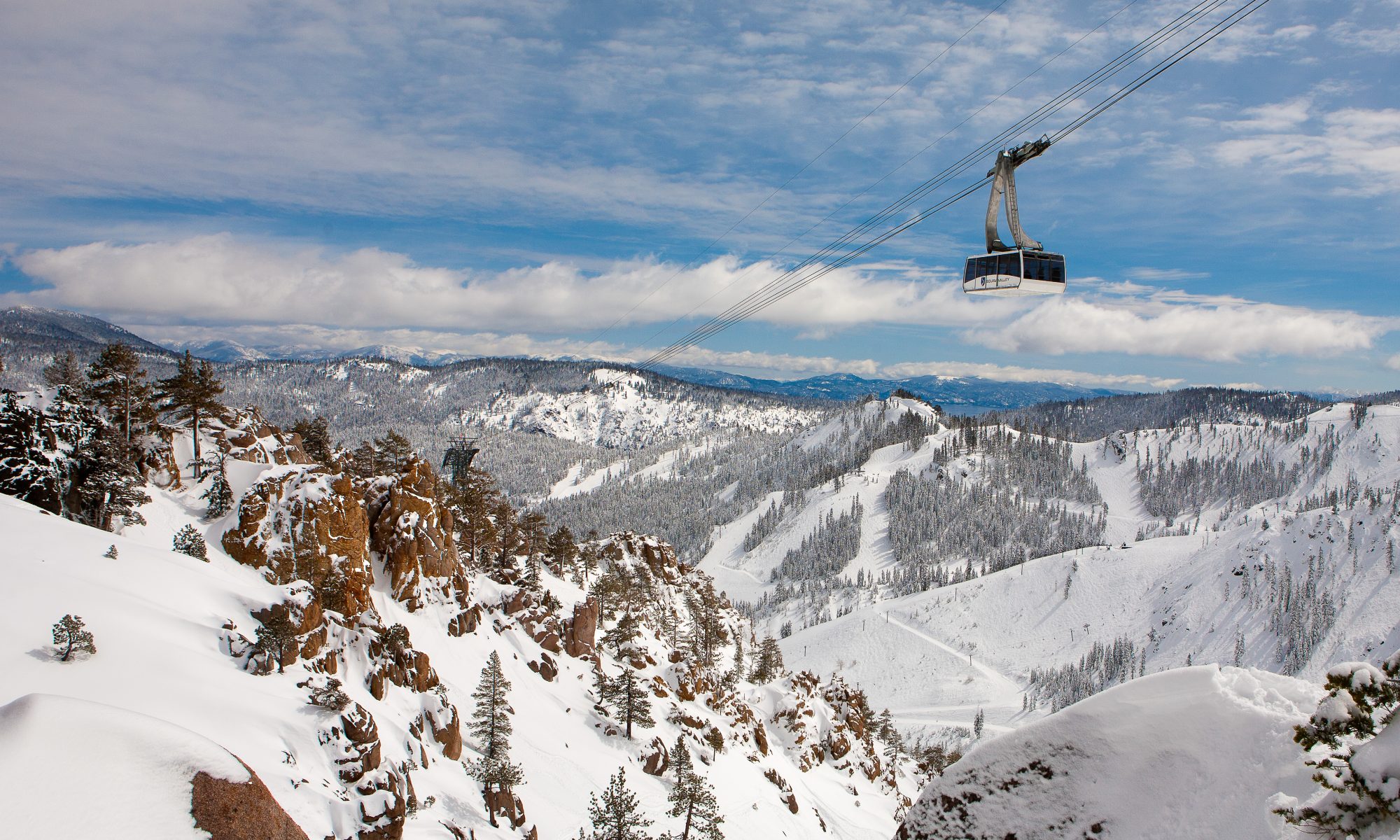 Squaw Valley offering $5 passes to ski or ride in June.

Resort to match skier contributions with an additional donation of up to $10,000

Skiers and snowboarders are invited to celebrate spring on the slopes at Squaw Valley with $5 lift tickets on Fridays in June (all ages). “Five Dollar Fridays” will benefit the Tahoe Fund, a nonprofit organization that supports environmental improvement projects that restore lake clarity, enhance outdoor recreation, promote healthier forests, improve transportation and inspire greater stewardship of the region.

All proceeds from advanced online lift ticket sales on Friday June 7, 14, 21 and 28 will support the Tahoe Fund’s goal of raising $35,000 to assist the Lake Tahoe Bicycle Coalition in providing “Bike Racks for Basin Businesses.” Through this program, the Tahoe Fund and Lake Tahoe Bicycle Coalition will provide low- or no-cost bike racks to businesses in the Lake Tahoe Basin to encourage locals and visitors to ride instead of drive.

END_OF_DOCUMENT_TOKEN_TO_BE_REPLACED 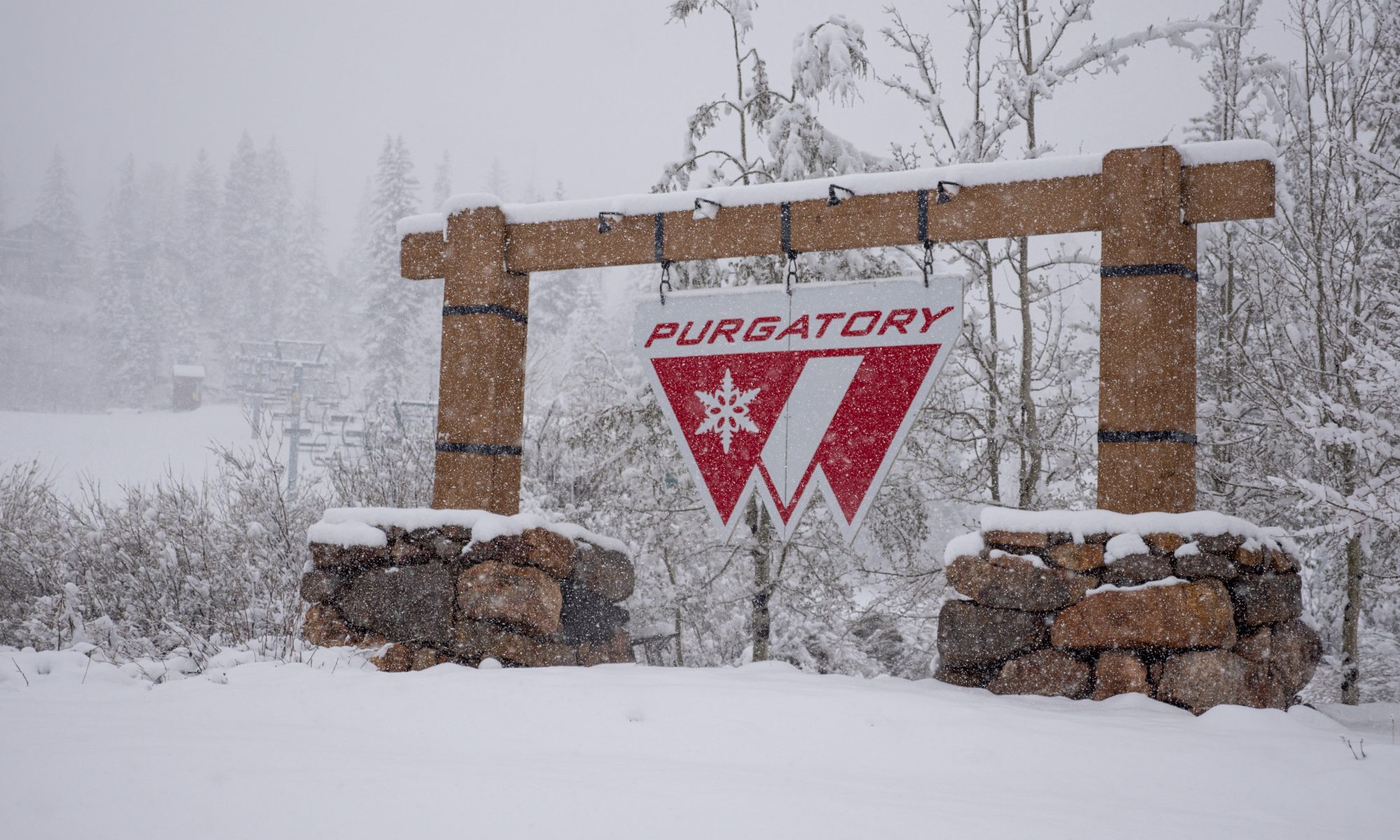 PURGATORY Re-Opens for Memorial Day Weekend for the First Time Ever!

Purgatory Resort will add its name to a short list of U.S. resorts spinning lifts during Memorial Day weekend when it opens for a bonus weekend of skiing this Saturday and Sunday. May 25 will not only mark the kickoff to summer but also the first time in resort history Purgatory has opened for skiing on the last weekend in May.

After picking up 8” of snow through Monday morning (with up to two feet expected through Thursday according to OpenSnow), Purgatory officials announced today it will open Lift 1, an expected 130 acres and one terrain park (conditions permitting) from 11 a.m. to 5 p.m. this Saturday and Sunday. Winter operations are expected to conclude after Sunday, May 26 and summer activities will continue to be open every day.

Less than a dozen ski areas will be open in the U.S. this weekend – Purgatory is the southern-most resort.

END_OF_DOCUMENT_TOKEN_TO_BE_REPLACED

Ischgl rocked with Lenny Kravitz for their season finale.

With the ’Top of the Mountain Closing Concert’ in Ischgl, Lenny Kravitz concluded a snowy skiing season at 2,320 m above sea level on 30 April 2019. 18,000 winter sports fans got to see the superstar with his band before a spectacular mountain backdrop in the ski area and an unforgettable air-show.

Optimal piste conditions, an aerial stunt show of the highest order and an animated Lenny Kravitz – at the Ischgl season finale on 30 April, nothing was left to be desired for the 18,000 attending fans and winter sports enthusiasts.

At 13:00, a beaming Lenny Kravitz took to the stage and immediately set an exuberant mood at 2,320 m altitude at the ’Top of the Mountain Closing Concert’ on the legendary Idalp-stage with his strong voice power and a sensational, two hours open-air performance.

The hits performed by Lenny Kravitz and his seven-member band included classics such as ’Are You Gonna Go My Way’, ’It Ain’t Over Til It’s Over’ and ’Fly Away’. But the superstar also played tracks from his latest and eleventh album ’Raise Vibration’.

END_OF_DOCUMENT_TOKEN_TO_BE_REPLACED 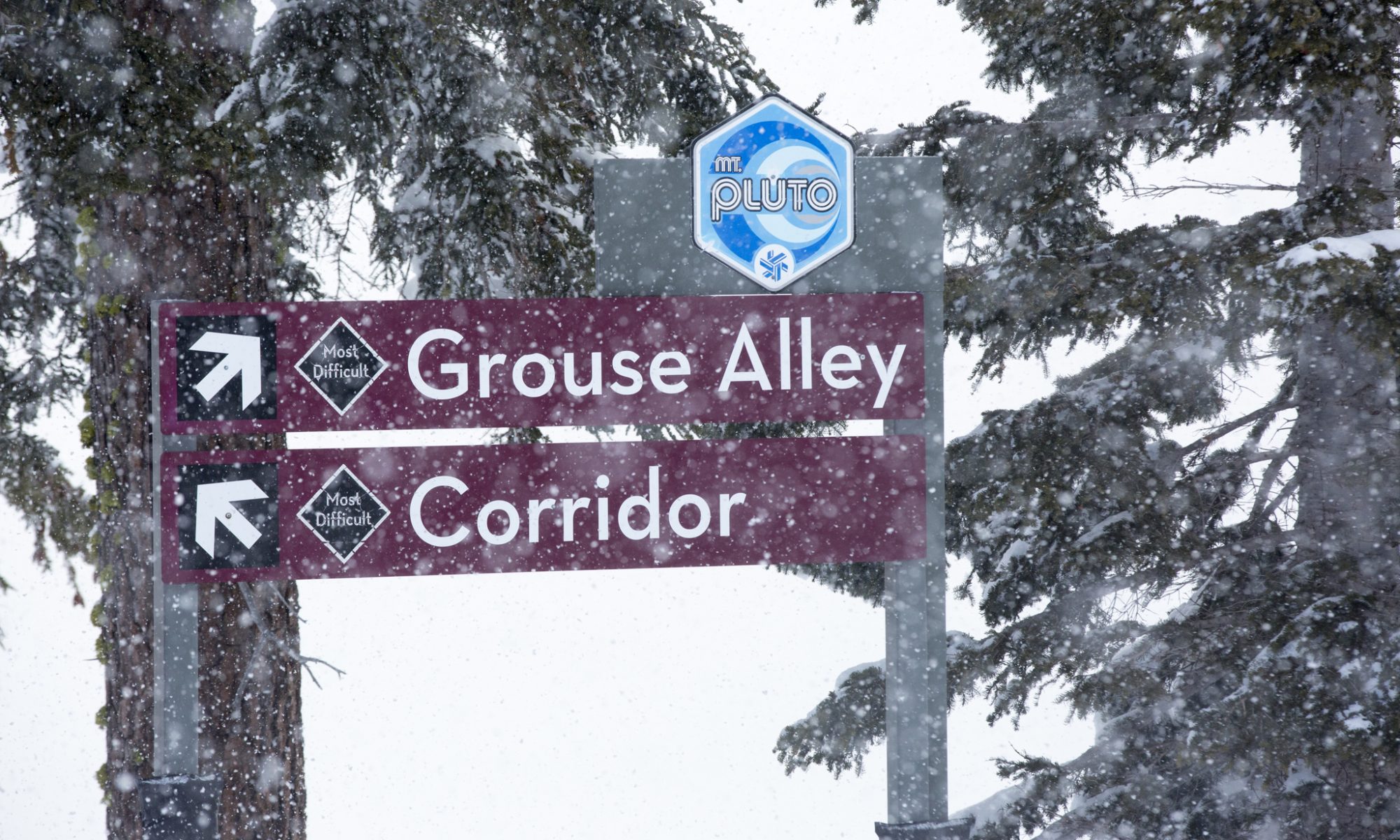 After record-breaking snowfall throughout the Lake Tahoe region in February, the Best of Tahoe Resorts, including Heavenly Mountain Resort, Northstar California Resort, and Kirkwood Mountain Resort announced plans today to extend the 2018-19 ski and snowboard season. Plans may change based on weather, conditions or US Forest Service approval.

“Record-breaking snow conditions paired with the hard work of our mountain operations teams have made for a truly unforgettable season so far,” said Mike Goar, vice president and chief operating officer of the Best of Tahoe Resorts. “With even more snow on the way, we are thrilled to extend the winter operations at all three of our Lake Tahoe resorts and offer skiers and riders additional opportunities to take advantage of these amazing spring conditions across the region.”

END_OF_DOCUMENT_TOKEN_TO_BE_REPLACED 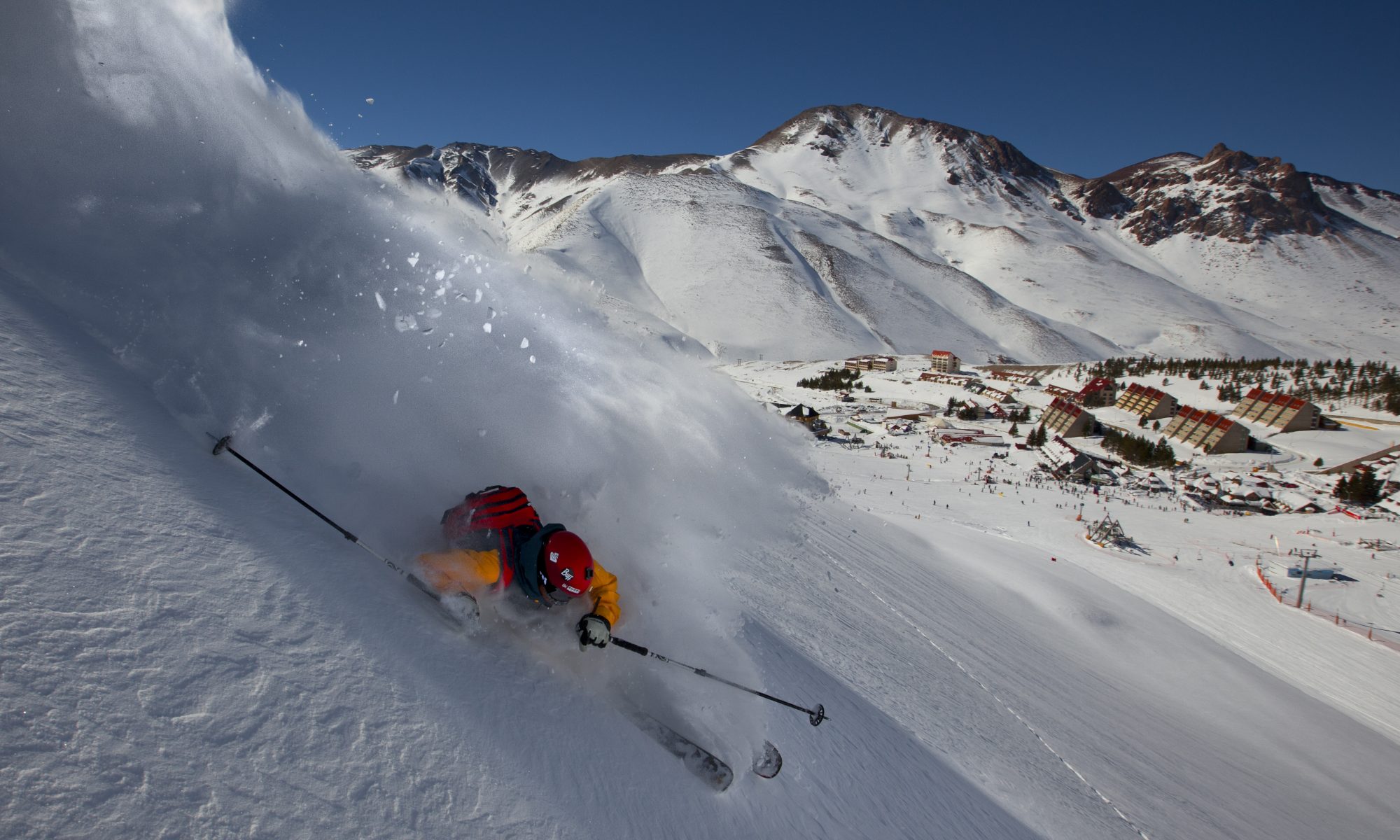 This winter season in the Southern Hemisphere in Argentina & Chile has been weird. Unfortunately for some of the resorts of the High Andes, the season has not been good. This is the case for Las Leñas in Argentina and Portillo in Chile. Valle Nevado seems to have a better snow base – maybe due to its altitude, as today was having all lifts opened but one, and only 9 pistes and the boarder cross park are closed.

More in the south, Chapelco and Bariloche seemed to have got better luck and got snow.